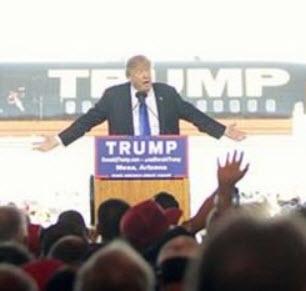 Does the United States need the money infusion into our defense, given the other major critical needs we face?

Can we reduce our national debt if we do what Donald Trump has promised during his campaign and now wants to accomplish?

Today, at 11 am CT, we will discuss these issues with Jon Rainwater, executive director of Peace Action.  The LIVE VIDEO will be available on/or about 11 am on Bayoubuzz.com.  A telephone number will appear on the screen allowing callers to ask questions and to comment.

In response to reports that President Trump’s budget proposal will ask for “sharp increases in Defense Department spending,” and major cuts to other departments like the EPA, Jon Rainwater, executive director of the United States’ largest grassroots peace organization, Peace Action, released the following statement:

“More Pentagon spending won’t make Americans safer, particularly when it comes at the expense of departments like the EPA that are working to address the dangers of climate change. The U.S. military budget is already larger than the next seven countries’ military budgets combined. Pie charts of our discretionary budget look like Pac-Man because the Pentagon is gobbling up over 50% of the pie. Education, healthcare, and a host of other critical investments are left with the scraps.

More in this category: « Louisiana's Governor Edwards does DC again Suffering from "TrumperTension": Post Elections Stress Disorder? »
back to top