With the release of an American aid worker 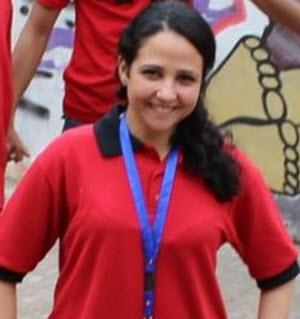 , who was unfairly held in an Egyptian prison for three years, President Trump’s new approach to the Middle East has been vindicated. For weeks, Trump administration officials had been working behind the scenes to secure Ms. Hijazi’s release. The negotiations paid off yesterday when she was allowed to leave Egypt and return home to the United States. Today, President Trump welcomed her to the White House and praised her “great strength” during her time in prison.

The Obama administration failed in their attempts to secure Hijazi’s freedom. Of course, their failure makes perfect sense for there was much hostility toward Egyptian President Abdel Fattah el-Sisi, who overthrew the regime of Mohamed Morsi, backed by the terrorist organization the Muslim Brotherhood.

Morsi was strongly supported by Obama with military hardware and generous financial assistance. The President’s stance toward Egypt changed dramatically when the people of Egypt protested in the streets and drove Morsi from power. Currently, Morsi is in an Egyptian prison facing charges of conspiring with a variety of foreign groups to commit terrorist acts.

In his four years in office, President Sisi has aggressively fought terrorist elements in his country. Instead of being rewarded, Obama shut off all funding and military assistance to Egypt. Thankfully, relations are improving between the United States and Egypt.

Several weeks ago, President Sisi was warmed greeted by President Trump at the White House. He said that President Sisi was “doing a fantastic job in a very difficult situation.” Once again, we are providing military and financial assistance to Egypt. The new approach certainly paid dividends with the release of Aya Hijazi yesterday.

President Trump is also moving in a new direction by demonstrating support for the military and acting decisively in dealing with the threats in the Middle East. His attack in Syria sent a strong signal to the Syrian government and the Russians that the use of chemical weapons would not be tolerated. He authorized our commanders in Afghanistan to take appropriate action in the fight against Islamic terrorism. Thus, the largest non-nuclear bomb in our arsenal, the dreaded “Mother of All Bombs (MOAB),” was dropped on a network of tunnels used by ISIS terrorists to escape to Pakistan. This successful bombing killed approximately 100 terrorists, but not one innocent civilian.

In sum, these new foreign policy and military actions by the President are paying serious dividends. It is refreshing to have a President who no longer will apologize for our country and is not afraid to project American military power. As we discovered during the Reagan administration, the best way to keep the peace is to project American strength.