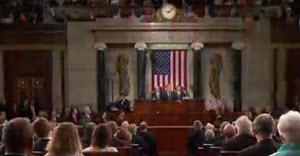 These are not the best of times for President Donald Trump.  As he nears the 100-day mark of his administration, his job performance remains in negative territory.

And he continues to look for a big accomplishment, which has eluded him so far.  During the campaign, he promised big changes in the first  100 days of his administration.  Now, he says the 100-day hallmark is ridiculous.
Gallup’s daily tracking poll has Trump’s job approval rating at 40%.  So does a recent poll by  NBC News/Wall Street Journal.  Fox News says Trump has a 43% approval rating.  Disapproval of Trump hovered at about 54% in all three polls.
A poll conducted by Pollfish, a mobile polling company, showed that only 38% of Americans supported the military strike against Syria, while 35% disapproved, and 27% had no opinion.
However, a HuffPost/YouGov survey found that 51% of Americans support the president’s decision to launch a missile strike on a Syrian Air Base.  The poll showed that 32% were opposed to the missile strike, while 17% are uncertain.  Among Trump voters 83% approved.
About 40% think the strikes were an appropriate response, compared to 25% who think they were too aggressive, and 10% who think they were not aggressive enough.

Still, only about one-third of Americans think the airstrikes will be even somewhat likely to deter the future use of chemical weapons.
But the bad news wasn’t Trump’s alone.  An ABC/Washington Post poll found significant majorities said both the Democratic and Republican parties are out of touch with the concerns of most Americans
Sixty-seven percent of respondents said the Democratic Party was out of touch while 62% said the Republican Party was out of touch.  Less than a third said either party was in touch.
The ABC/Washington Post poll found that 34% of respondents disapprove of Trump including his daughter Ivanka and son-in-law Jared Kushner in his administration.
And 54% said they did not have a problem with Trump working out of Mar-a-Lago in Florida.

BELOW, TELL US WHAT YOU THINK ABOUT THIS COLUMN, AGREE/DISAGREE?
Last modified on Tuesday, 25 April 2017 14:59
Tweet
Tweet
Published in News

More in this category: « Giving Governor Edwards "the business" over Bankston flood recovery business Who's paying for Louisiana-Gulf of Mexico's wall to restore damage from Coastal Erosion »
back to top