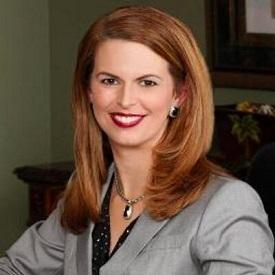 While 2017 is a somewhat quiet political year for Louisiana, one election could make a difference for the state and for the winner for years to come.  That election is for the Office of Louisiana Treasurer for which an election has been called this fall.  John Kennedy, who had been Treasurer for over a decade, moved up to Washington DC by virtue of winning the US Senate Race seat, formerly held by Republican David Vitter, who retired from public office.

So, who seems to be the big names and players vying to replace Kennedy?

In the final part of my Facebook Live interview with Southern Media and Opinion Research pollster Bernie Pinsonat, the well-known political analyst discussed this election, the candidates and what might be needed for one to emerge from the pack.

According to Pinsonat, one of the big factors in the background is who will Kennedy support to fill his seat?

Pinsonat said he has not heard of any Democrat running.  To date, the candidates appear to be Rep. John Schroder, Sen. Neil Riser, former Commissioner of Administration Angelle Davis and Rep. Julie Stokes.  Another potential candidate is Tea Party leader Rob Maness.

When asked about the rumor that Kennedy is contemplating running for Governor, against John Bel Edwards and other Republican hopefuls, Pinsonat said that is the rumor.  He added that Kennedy will have been US Senator for three years and the former State Treasurer’s entry into the gubernatorial race would not be viewed negatively, even though he has just been sworn into office.

Watch the video for the entire segment

More in this category: « Clinton's loss due to Hillary, not Wikileaks, Comey or Russia Collision Conference a hit; Site Selection tabs Louisiana; Nungesser goes cooking »
back to top