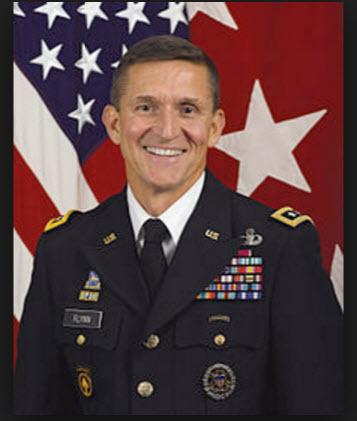 Beleaguered, Michael T. Flynn, former National Security Advisor, is reported to have misled Pentagon investigators about his Russian income and Russian official contacts when he applied for a top-secret security clearance in February of last year.

The top Democrat, on the House Oversight Committee, Elijah Cummings of Maryland, released a letter today revealing these allegations.

Only two months earlier, Flynn had sat beside President Vladimir V. Putin of Russia at a Moscow gala for RT, the Kremlin-financed television network, which had paid Flynn over 30,000.

WHAT DOES THIS MEAN?

According to his attorneys, Michael Flynn will invoke the 5th Amendment when requested to testify.  He has also refusing to turn over documents requested.

The drip drip of more Flynn news continues to plague the Trump administration as it tries to focus on foreign policy achievements with the President’s current trip to the Middle East. During the election campaign, Trump frequently referred to the Clinton investigation witnesses who were pleading the fifth. Trump even said "the mob takes the 5th Amendment. If you're innocent, why are you taking the 5th Amendment?

More in this category: « The constitutional issues of Special Counsel investigation of Russia, Trump and campaign New Orleans confederate monument removal be followed in Shreveport? »
back to top