The many layers of Trump-Russian investigation by Congress, Mueller 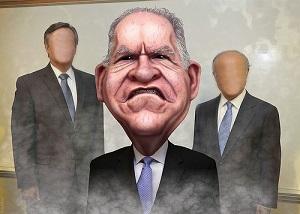 The Russian-Trump investigation proceeds despite the objections, complaints, delays, obstacles and some believe, the obstructions being imposed upon the process.


In part 2, of a Facebook Live interview with attorney Caroline Fredrickson, President of the American Society of Law and Policy, a “progressive” body of constitutional scholars, I asked about the various over-arching issues in the investigation in which the special counsel Robert Mueller and Congress are pursuing.

The investigations are not just about pinning a guilty tail upon Donald Trump or his election team. Nor is it just about possible obstruction of justice which has been the focus recently due to a medley of events shaking Washington DC at its core. At the very top of the reasons for the inquiries is protecting the United States from any further Russian intrusion and influences of our elections.

Here was an overview of her response:

“They're all so closely related that I think they may be separate charges if there was in fact any violation of the law. But ultimately they're all very closely tied the obstruction as being alleged, the potential obstruction from the president's effort or alleged effort to get the FBI to back off on an investigate of Michael Flynn, who was the national security adviser, who is under investigation for having lied to federal investigators about his relationships with Russia for his security background but apparently and this is the latest story that the president also tried to get the other intelligence leaders besides the FBI but also the Director of National Intelligence and others, and the CIA to also to go try and put a lid on the investigation.

If true, all very very inappropriate behavior for a president to try and shut down through intimidation,investigation into somebody very close to him”.

However, the Trump organization and many loyal supporters object to any type of suggestion of impropriety, certainly no Russian-Trump involvement and absolutely no coverup. In fact, they insist the allegations, claims, and rumors are untrue.  So, hearing the voices of those who believe that the entire process is a “witch hunt”, I asked her to assume the allegations by many in the media are correct, just only for argument sake.

So, hearing the voices of those who believe that the entire process is a “witch hunt”, I wanted to obtain another perspective, so I asked her to assume, just for argument sake, that the allegations by many in the media are correct.

Watch the video to see her response and the entire segment.

More in this category: « CABL in support of tax to benefit Louisiana roads and bridges Despite 5th plea, Schiff says House Intelligence Committee pursues Flynn's documents »
back to top