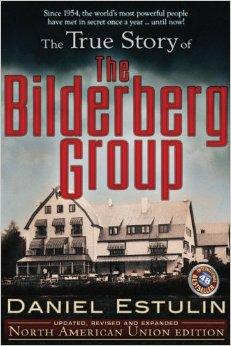 It is always an honor when a movie premiere is held in New Orleans and tonight is no exception. At 7:30 p.m. Bilderberg, the Movie will premiere at the historic Prytania Theatre, 5339 Prytania Street.

The movie is the work of filmmaker and author Daniel Estulin, who has spent years investigating the mysterious group of international business and political leaders known as the “Bilderbergers.” This group is an elite organization that has massive power internationally; however, most Americans have not heard of them.

Tonight, the movie will explain how the group was formed and what their goals will be in the future. Estulin interviews key powerbrokers about the influence of the Bilderberg organization over world leaders and world events.

For years, influential U.S. politicians, such as former U.S. Presidents, and top government officials have attended the annual meeting of the Bilderberg Group. This elite organization also attracts an array of extremely powerful people from many different countries such as CEO’s, think tank executives, politicians and key government bureaucrats.

While the Bilderberg Group wields immense power and discusses political and economic issues of great importance, the proceedings have always been secretive. The media have never been allowed to report on the substance of these meetings.

Fortunately, Bilderberg the Movie has been produced to shed light on the real aims of this secretive organization. Estulin was motivated to study this group when he realized that “world politics are not decided at ballot boxes but in opulent hotels by a small, but very powerful group of people.”

Most Americans do not understand that there are powerful interests behind the scenes controlling much of what happens in the world today. According to former British Defense Minister Denis Healey, “World events do not occur by accident. They are made to happen, whether it is to do with national issues or commerce; and most of them are staged and managed by those who hold the purse strings.”

The more we can learn about the Bilderberg Group, the better we will be able to deal with their influential decisions. In the movie, Estulin “provides a fascinating account of the annual meetings of the world’s most powerful people.” He also used his experience of more than ten years as a military counter intelligence officer to accomplish “what no one else has managed to achieve.” According to Estulin, “I learned what was being said behind the closed doors of the opulent hotels and have made it available to the public.”

Daniel Estulin is to be commended for providing the tremendous public service of making this movie for people across the world to see and learn.

Should Americans be concerned about the power this group has over our lives? Attend the movie tonight and you can decide for yourself.