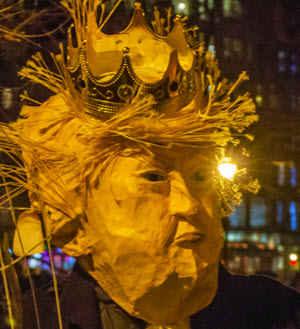 The President invented a new word the other day. So, what have we learned about "Covfefe?" (1) Trump is incoherent in the morning without caffeine; (2) he can't spell coffee; and, (3) he has trouble hitting the keys on his phone with fingers stressed from grasping golf clubs, and other people's hands in power handshakes.

The President’s friends know these things, of course, and consider it all usual, which it is for most people, give or take. The whole thing, too, just could have been a sly joke by Trump. What distinguishes this amusing, quirky, bit of Trump wordsmithery is the way the White House tried to spin press curiosity about it into a grand attack on the media. Trump's mouthpiece, the newly famous Sean Spicer, put a period on the Administration's obsessive need to defend the President in all manner of inconsequential nonsense.

Spicer, gamely, told a White House press conference that, as President, Trump has the right to determine the meaning of words, their spelling, conjugation, “and all that good stuff.” Spicer, also, said that “Covfefe” would be in dictionaries and schoolbooks within a year. The Office of the President grew in importance as Spicer spoke, while language declined. Better call Betsy DeVos before it’s too late.

Presumably, the Press Secretary was making reference to the common phrase, "the King's English," when he spoke about these presidential prerogatives. The phrase, however, doesn't refer to the illusory power of any sovereign to assert his own language preferments. It came from the title of a 1906 book, "The King's English," by Fowler, meant to instruct in English students. It was authoritative until language moved beyond it.

This tomfoolery, however, shouldn’t mean Spicer ought to go. Trump has two choices. He should, either, hire a loquacious, brunette beauty in a little black dress to do his gabbing, or he should leave Sean Spicer alone. No matter how many brassy lies he tells, the press cuts Spicer slack and laments that he does what he's told. This is good, because wiggle room is essential for any flack. Then, too, there’s the fact Spicer has become an SNL regular feature. You can’t buy that kind of notice.

Stupidity, regrettably, is not limited to the political class. Kathy Griffin, who used to say she was on the “D” list, just failed and moved down a grade. How trendy, she must have thought, a real career booster, via Shock Theater, to hold a faux severed head resembling Donald Trump in a distasteful, creatively challenged, indulgent photo shoot. Lenny Bruce, Howard Stern, or George Carlin, she’s not. Griffin, instead, proved she’s no better than the guy who hung an effigy of President Obama in his front yard one Halloween.

The Secret Service told the guy with the offensive yard display to knock it off. They’ll tell Griffin the same thing as she watches her one time New Year’s Eve Special star a younger, better-looking, funnier, co-host, instead of her. Stupid is as stupid does. Griffin, who has the right to remain dumb, also, remains an impoverished Joan Rivers impersonation, a fading wannabe with imaginary influence, but nice wig.

Continuing to rise this past week was Special Counsel, Robert Mueller, who cleared James Comey’s Thursday testimony before the Senate Intelligence Committee. Comey’s testimony has the potential to rival John Dean’s droll, monotonic, revelations during Watergate. The difference is that Comey is a better, more compelling, storyteller.

It has been speculated that the former FBI Director will limit his testimony to allegations of Trump’s purported obstruction of justice and keep Russia under wraps for Mueller. Who cares? Let Comey, who also rises, talk about whatever he wants to because what he says, or doesn’t, will indicate what’s in Mueller’s vocabulary. Those are the words worth pondering.