Crouere: Louisiana lucky to have Steve Scalise as Congressman 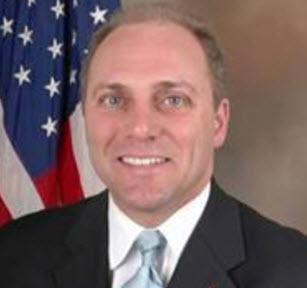 This morning, while practicing for a congressional baseball game with his Republican colleagues, House Majority Whip Steve Scalise (R-LA) was shot in the hip, along with two Capitol Police officers and two congressional staffers. He is now in “good spirits,” recovering from surgery. Thankfully, one of the Capitol Police officers subdued the gunman who later died in the hospital.

In a speech to his congressional colleagues, House Speaker Paul Ryan (R-WI) expressed his outrage at the shooting and said that “an attack on one of us is an attack on all of us.” He said he was “awed” at the “bravery” of the Capitol Police and said that without their heroic actions “many lives would have been lost.”

After the incident this morning, President Donald Trump called Congressman Scalise a “patriot and a fighter,” who will “recover from this assault.” He is certainly right, Steve Scalise is most certainly a fighter and he will fight back from this incident to serve his constituents and his country with honor. He is also a politician who has his priorities in the right place. As a loving husband and father, he always puts his family first.

I have had the pleasure of meeting Steve Scalise at numerous political forums in the fall of 1995. At the time, both of us were candidates for Louisiana State Representative. He was running to represent Jefferson Parish and I was running to represent Orleans Parish. Unfortunately, I lost my election to a seasoned politician named Mitch Landrieu; however, fortunately for the state of Louisiana, Steve Scalise won his election as a state legislator. It was the start of an amazing political career that is nowhere near over.

From that early start as a legislative candidate, it was obvious to see Steve Scalise was destined for higher office. Steve has tremendous energy and boundless enthusiasm for politics. He is one of the best campaigners in the storied history of Louisiana politics and has a great and genuine ability to connect with voters.

After serving for 12 years in the Louisiana State House and Senate, Scalise was elected to Congress in 2008 to represent the 1st District of Louisiana. It did not take him long to make an incredible impact. Within a few years, he was selected to be Chair of the Republican Study Committee, the conservative House caucus. Then, in 2014, just six years after being elected to Congress, Scalise was elected to the third highest ranking position, House Majority Whip.

It is quite impressive that Scalise won such a post after having been in Congress for just six years. Normally, it takes many years of building seniority to move up the leadership ranks in Congress, but Scalise is an especially gifted individual with incredible personal skills. The Whip is a very likable person who make friendships with all types of politicians. To know Steve Scalise is to like Steve Scalise.

There is no doubt that this happy warrior will soon be back in the halls of Congress debating the issues and working with his colleagues. Throughout his career, Scalise has maintained good friendships across the political spectrum and, in this age of divisive partisanship, it is gratifying to know that those sorts of relationships still exist.

Surely, next year, Congressman Scalise will be back participating in the annual baseball game, an event he particularly enjoys. The good news is that our Congressman will not let this incident stop him from performing his duties, working hard and delivering good services for his constituents.

There is no doubt that Steve Scalise will be back at work, as soon as possible, doing the job that he loves. We are lucky to have him representing us in Congress. Our thoughts and prayers are with Steve and all the innocent individuals injured today as we wish all of them a very speedy recovery.

More in this category: « Time for Trump's cabinet to intervene, threaten to quit Scalise-shooting message, why can't we all get along? Once again »
back to top