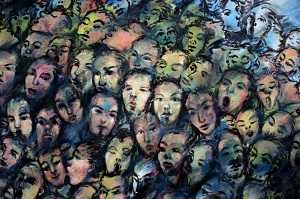 Just four days after a warship was launched in honor of Rep. Gabby Giffords, (D) Arizona, another member of Congress was shot, Steve Scalise, (R) Louisiana. At the christening of Gifford’s ship, Admiral William Moran said of her, "This wonderful lady is an inspiration to every single one of us in uniform and every single one of us who lives in this great country." You could say that about Scalise, too, his companions, and the police who saved this from becoming one of the greatest tragedies in the history of the Republic. America dodged a bullet on a field where the national pastime is played.

It’ll tempt some to make the shooting of Scalise, at a diamond where Republicans were practicing for a charity game against Democrats, into a gun issue. It’s not. That stagecoach left the station long ago. Maybe, in another time, the proliferation of guns will be addressed, but that time isn’t yet ripe. This shooting is about how there are truly malevolent people in this world. If you doubt it, watch MSBC’s prison reality shows that air after regular programming has ended.

Knowing nothing about the Scalise shooter, beyond what the news has reported, it’s unclear what, if anything, he suffered from other than hate. He was not a representative of any party, though he had decided political leanings. It’s tempting to say he was insane, or mad, because what he did was crazy, but that’d be too easy a conclusion to draw. Evil is a better place to start, but it’s not where most people will focus the discussion, one that’s likely to be polarizing once the smoke clears.

The NRA is not responsible for this shocking tragedy. Neither is puerile Shakespeare in the park, nor misbegotten Kathy Griffin, or any politician’s incendiary language. If we want to get to the bottom of why these events keep occurring it’s necessary to examine how we treat people who’re mentally impaired. Once they’re encouraged to seek help, without stigma, and accept it, before they lash out at society, the better we’ll be at winnowing out those who deserve to be punished from those who can be saved. That’ll make us safer.

There are real dangers to keeping lists of people who’ve been treated for mental problems. It’s a bad idea in which privacy and stigmatization issues abound. Easier access to psychiatric and psychological services, however, would go a long way to preventing problems that can be avoided. For this reason, gutting mental services in any new health care bill is not enlightened, nor is lumping the sadly debilitated, through no fault of their own, in with those who deserve to be locked up forever.

Joined to our prayers for Congressman Scalise, and the others injured by a zealot intent on murder and damaging democracy, ought to be those who suffer mental anguish. They are not evildoers unless we made them so by turning our backs on their pain and sorrow. Scalise’s shooter is dead so we can only look at his mind forensically but the smart money is that, like Gifford’s assassin, he was plain and simple, without mitigation. Good riddance.

More in this category: « New Orleans, Scalise and mindless shootings Hunting for civility in America »
back to top