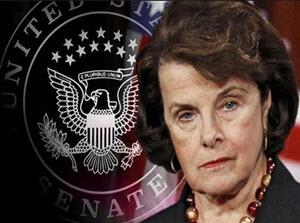 Can it get any more intriguing?

Today, Democrat US Senator Diane Feinstein let the world know that she is very concerned about President Donald Trump's most recent tweet barrage, including one in particular from today. In her own response she told President Trump that he would be in a "rude awakening".

The Trump tweet indicated that he is under investigation and as a result, he is lashing out at the investigator, although he did not mention any particular investigator by name.  However, due to the context of the tweet, it appears to be Rod Rosenstein, the assistant AG.

Some believe that Trump's tweet is a warning shot that he will take action of some sort.

In response, Feinstein has spoken out, warning Trump that he better not fire Rosenstein or the investigator Bob Mueller.

Below is the tweet and the text of the Feinstein statement:

"I'm growing increasingly concerned that the President will attempt to fire not only Robert Mueller, the special counsel investigating possible obstruction of justice, but also Deputy Attorney General Rosenstein who appointed Mueller.

"The message the President is sending through his tweets is that he believes the rule of law doesn't apply to him and that anyone who thinks otherwise will be fired. That's undemocratic on its face and a blatant violation of the President's oath of office.

"And second, if the President thinks he can fire Deputy Attorney General Rosenstein and replace him with someone who will shut down the investigation, he's in for a rude awakening. Even his staunchest supporters will balk at such a blatant effort to subvert the law.

"It's becoming clear to me that the President has embarked on an effort to undermine anyone with the ability to bring any misdeeds to light, be that Congress, the media or the Justice Department. The Senate should not let that happen. We're a nation of laws that apply equally to everyone, a lesson the President would be wise to learn."

More in this category: « Despite shooting of Scalise, events prove, we need guns Scalise, near GOP massacre: Time for nation to calm, get serious »
back to top