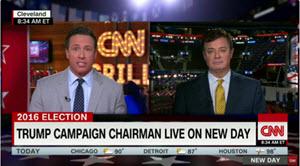 ruth always outs. It was Obama, not the Russians, who put Donald Trump in the White House. The Washington Post, which detailed the ex-President’s plot to elect Trump, just whipped up a perfectly fake alibi to the persistent, scurrilous, allegations that Trump took unfair advantage to secure the Oval Office: “He didn’t care, why should I?”

Obama could’ve thundered, from atop the Lincoln Memorial to the gasps of a transfixed nation, that the world’s greatest spymaster, Vladimir Putin, was duping the “demo” out of democracy, but he didn’t. There was dissent. FBI Director James Comey wanted to blow the whistle in a New York Times Op-Ed, but was dissuaded from doing so by higher-ups. Comey had just three bosses at the time, the President, the Attorney General, and his conscience.

One of Obama’s best memes shows him hurling eyeball thunderbolts, shopped onto a photo that was taken moments after he gave Putin a forceful warning to knock it off. If only we had better relations with Russia, Putin might’ve listened and the membership fees at Mar-a-Lago wouldn’t have doubled.

Wired Magazine is claiming Russia’s test bed for the American 2016 election was Paul Manafort’s campaign for ousted Ukrainian President and Putin ally, Viktor Yanukovych. It featured so many new age tricks that Manafort came to the Trump campaign, allegedly, skilled in electronic intrusion, disinformation, and sneaky stuff that would have, absolutely, no effect on 2016’s election results. Today, Manafort is barely acknowledged by Trump’s team.

Andrea Manafort, one of Paul’s daughters, referred to her father’s relationship with Trump as “The most dangerous friendship in America,” according to PUBLICO, relying, (of course), on hacked phone texts from the Manafort family. Reportedly, whether their patriarch’s work in the Ukraine was ethical and its proceeds blood money was, also, discussed.

Obama knew about Manafort’s pro-Putin politics and that his presence on Trump’s team could increase any chance of Russia’s success in the 2016 campaign. Obama knew, similarly, that when Michael Flynn dined with Putin at a Russia Today media banquet in Moscow he, also, gave a lengthy, in-service, briefing to Russia’s foreign spy service, the GRU, at its headquarters. Just spooks shooting the breeze, nyet?

James Comey, later, testified he was frosted no one was yelling about what he felt should be everyone’s business - that an attack on our free elections is an attack on our most sacred institution. President Obama didn’t see it that way. Instead, it’s told, the ex-President declassified pertinent bunches of data about Russia’s interference and spread it among multiple agencies for safekeeping and, eventual, discovery.

Robert Mueller could subpoena the file stash, or better, might call the ex-President in for a chat because, thanks to Obama, more than half the country has a headache of ginormous proportions and the Bolshoi Ballet holds daily rehearsals in Trump’s head.

More in this category: « McConnell's Senate Healthcare bill on fast-track to failure Trump's dangerous "DOUBLESPEAK" of Russia, Russia, Russia »
back to top