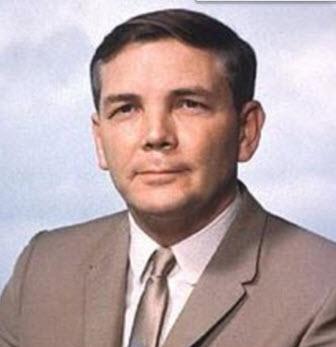 A popular Louisiana Governor died 15 years ago this month. John McKeithen was the first Governor I ever met.  When he was elected as chief executive in 1963, Louisiana was still a 19th century state struggling to operate in the 20th century.  McKeithen was the catalyst that caused a major realignment of priorities.

In the face of the high racial tension in the South in the 60s, McKeithen, who had received a strong segregationist vote, preached moderation.  He was a visionary. He built the Superdome, which he said was “the greatest building in the world.” He viewed the Mississippi River as a continuing renewable resource, and, in my opinion, his greatest achievement was in enticing the chemical industry to locate along America’s major tributary from Baton Rouge to New Orleans.

I met John McKeithen in a Chicago elevator.  It was 1968, and on the spur of the moment, I drove to Chicago to view the Democratic Convention.  The party headquarters was at the Sheraton Hotel facing Lake Michigan, and I was on my way to the top floor to get a better view of the protests taking place over the Vietnam War.

When the elevator door opened, there were two people inside — Senator Russell Long, and Louisiana Governor John McKeithen. Rumors had been circulating around the convention that McKeithen was under consideration as a possible choice for Vice President on a Hubert Humphrey ticket.

Sticking my hand out, I introduced myself. “Governor, I’m Jim Brown from Ferriday.” McKeithen smiled.  He was visibly surprised.

“Governor,” I said, “I came all the way up here to support you for vice president.”

McKeithen laughed, slapped me on the back, and told me he could not be more pleased.

I later learned that the Senator and the Governor had been on their way up to Vice President Humphrey’s suite to urge him to put McKeithen on the ticket. When he was not tapped for the job, the Governor left in a huff and headed back to Louisiana.

My path would cross with “Big John” from time to time, and he seemed to relish in telling those around us about my trip to Chicago to support his candidacy.  Since I lived near his home in Caldwell Parish, he suggested I run for the state legislature.  With his encouragement, I announced for state senator in the summer of 1971.

On the campaign trail, I crisscrossed the rural Northeast Louisiana senatorial district and ended up on a Friday night in October in McKeithen’s hometown of Columbia to shake hands with the crowd attending the Caldwell High Spartans’ home football game.  The Governor was home from the state capitol for the weekend to watch his daughter who was a Spartan cheerleader.

I was outside the stadium shaking every hand that walked by, and when the Governor came in the gate, he stopped to visit and check on my campaign.  Just then, it started to rain.  As the local fans came by us, they all smiled and acknowledged their hometown Governor.  He stood by my side as the rain continued, and introduced me to everyone entering as their next state senator.  When the game began, he wished me well and left soaking wet.

McKeithen’s frugality was legendary. He refused to install a state watts line in his Columbia home.  With three daughters, the phone line was always busy.  When there were important issues to discuss with staff in Baton Rouge, a call was made to the state police headquarters some 30 miles away in Monroe.  A trooper was dispatched to diplomatically suggest that the girls get off the phone so the Governor could conduct state business.

John McKeithen was the state’s first two-term governor. He was Louisiana’s “transition governor,” bringing the Bayou State into modern times. And he was the guy who convinced me to get involved in Louisiana politics. Governor, you died way too young at 81.  Thanks for your service to the people of Louisiana.  And many thanks for all you did for me.