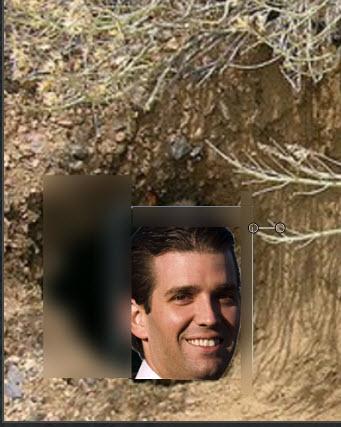 On Sunday, July 9, 2017, Don Jr. modified his comments of the preceding day and told the Times more about the meeting, saying, “After pleasantries were exchanged, the woman, (Veselnitskaya), stated that she had information that individuals connected to Russia were funding the Democratic National Committee and supporting Mrs. Clinton. Her statements were vague, ambiguous and made no sense. No details or supporting information was provided or even offered. It quickly became clear that she had no meaningful information.”

The Veselnitskaya meeting, scheduled by the President’s son at Trump Tower, took place just days after Donald Trump won the Republican nomination. It’s genesis, allegedly, was a request from a contact Don Jr. made during the Moscow Miss Universe Pageant. Reince Priebus, White House Chief of Staff, has called the meeting “a big nothing burger.”

Did Donald Trump, Jr. seek, or condone, the use of improperly sourced information in furtherance of a scheme to disseminate it to the detriment of Clinton? Or, did he meet on account of prudent diligence, that would be to see what the Russians may have collected on Clinton as a way to protect his father’s campaign from similar encroachments? Instead of offering a cogent explanation, Don Jr. went down the rabbit hole, twice.

On Monday, Don Jr. said more and averred that nothing important came out of the meeting. This is sad. What happened to the orphans? Were there any agreements about lifting the sanctions that are keeping them out of the U.S. or were they merely unfortunate foils?

The White House says that the President didn’t know about the Veselnitskaya meeting, although Campaign Chair Paul Manafort, and about-to-be Senior Advisor Jared Kushner, also, attended. Both, however, forgot about it, until recently. In the alternative, Veselnitskaya might have been Eve dangling a tempting apple in front of Adam. Special Counsel Robert Mueller gets to decide, but his investigation, needless to say, just got longer.

A recurring constant in the case is the way no member of the Trump circle seems willing to admit, with any degree of certainty, that Russia tampered with our electoral process. The narrative keeps changing and the players continue to exhibit poor memories. It’s, almost, like the White House doesn’t care, or was somehow complicit. Neither is good for America.

At the recent G-20, President Trump suggested that Russia and the U.S. partner in a venture that would make elections in both nations more secure. There is no evidence, however, that we’ve been involved in Russian electoral affairs. What Russia may want, instead, is information about the electronic weapons Obama may have placed in their networks.

More in this category: « Putin rolls Trump on Russian interference, does irreparable damage to US intelligence credibility Stokes drop out from Louisiana's Treasurer's race leaves op for a Democrat? »
back to top