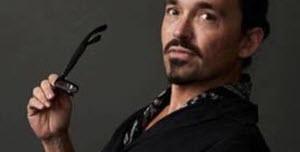 It is official. Sidney Torres, the popular national reality TV show star and New Orleans businessman will not run for Mayor of New Orleans.

After much consideration I chose not to become a candidate for Mayor of New Orleans.

Like many of our citizens though, I am frustrated by a lack of leadership, selfish political posturing, and an unwillingness to find collaborative solutions to age old problems. Therefore, even though I will not be a candidate for our city’s top job, I will do everything possible to ensure that the next mayor wants the responsibility, not just the title.

I have formed and will largely self fund a political action movement called “The Voice of the People”. My success has always be born from listening to you and determining how I could help. When you were disgusted by the trash and unpleasant odor of our crown jewel French Quarter, I formed SDT Waste to clean our streets and image. When crime began to spiral out of control in visitor heavy areas, I developed and funded a technology driven crime alert and prevention system that has reduced police response time dramatically. I enjoy using my business success to promote the many wonderful qualities of this majestic city.

But during this campaign and beyond, The Voice of the People will hear your concerns and hold candidates and our next mayor accountable to deliver solutions, not soundbites. In the past two mayoral elections, less than half of the electorate cast a ballot to choose who leads our city. That’s unacceptable by any standards. This election, we must use our power to vote.

I look forward to challenging the mayoral candidates to set the direction of our city. I appreciate the outpouring of support and encouragement I received while considering my decision. I will use your enthusiasm and energy for to fuel The Voice of the People.

More in this category: « New Louisiana Treasurer race poll shows undeclared candidate ahead, Leger Trump Jr. meeting gets crowded and as clear as Russian borscht »
back to top