What did Obama do (vs. Trump) to combat Russian interference in US elections 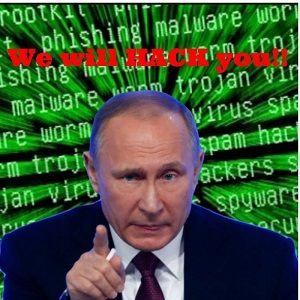 Today, I was asked on Facebook, "one of my questions is how much was known to the Obama administration and what did they do, if anything?"

I responded with the below commentary. I am posting it here in its raw form, unedited. Do feel to respond below and I apologize for any spelling/grammatical issues that do exist as this was written as a Facebook reply with stream of consciousness to quickly summarize and to give an overview:

This is what I know. The Trump admin and many Trump supporters and media on the right are saying that Obama did nothing. That is totally false.

First, his administration went public with the information and all relevant intelligence agencies agreed it was the Russians, only the FBI was uncertain as to whether Putin was involved. The FBI later got on board on that question. Obama mentioned Russian influence at various times during the campaign. The media picked it up *although it was somewhat drown out by other sexier news stories.

The issue came out during the second and third debates. Trump used that opportunity to deny russian hacking and to further claim that it was being used by pro-Clinton forces to link Trump to the Russians. At the same time, Trump started to use the "system is rigged" lie and produced no evidence.

Obama was uncomfortable about making it more of an issue because 1. Any further discussion of the issue would destroy the credibility of the election process and 2. They were afraid that the russians would be more aware of US's tactics and would focus more on the secretary of states. I would go further and say that he might have felt and probably did feel that considering the two aforementioned, more public attention would only spur Trump to use it to undermine the democratic process to his own benefit and could result in a Trump victory.

At the same time, members of the Obama admin, such as head of national security Johnson wanted the media to pick it up but they did not. Instead, for exaple, the day the story broke in early October, the NBC tapes broke the same day as did Wikileaks drop. You can guess which got more attention. Then, there was the Comey reopening of the clinton investigation. Obama said he told Putin to "cut it out" and he said that this worked. Whether it fully worked or not is debatable. There was no further hacking but the main activities were the use of social media to spread misinformation, bots spreading pro-Trump, anti-Clinton content.

Keep in mind, Trump and others have ridiculed Obama for making that statement but it appears that Trump did not even do that. Instead, what he has done is to minimize the threat and call it fake as well as publicly stating while in Europe that the intelligence, even his own, could be wrong. Obama also implemented a plan to set off booby traps so that if the Russians continued, it would not just be detected but would boomerang onto the Russian digital infrastructure. He also ordered a report to determine the extent of the damage and whether Putin was involved. After receving more information/the report, he ordered further sanctions against the Russians, which Trump Team has tried to undermine with Flynn, with his own statements and with his opposition to the Senate bill.

Could Obama have done enough? Well, he found out in August and disclosed in October. The information was developing and only after he got all of the intelligence agencies to agree did he firmly go public. some politicians are disappointed, in part, because Clinton lost and they feel Obama could have done more. I for one believe otherwise. i believe that Trump tapped into a strange but deep distrust for government and media that was fomented in part by Trump, resulting in an increase of his claiming the system being rigged which allegation I believe is the most injurious comment anybody has ever ettered during a campaign undermining American democracy.

I think they were hoping the media would pick up on the story more so it would not appear it was coming from them but from the media. Compare all of this to a man who is claiming that his predecessor did NOTHING, who used the existing info to discredit American democracy for his own political purpose, who openly praised Putin for not responding after the sanctions, who has repeatedly denied the existence of Russian hacking or involvement even as late as last week, the day before he met with Putin and who called the entire matter a hoax.

Last, it is my understanding that the Obama plan . to landmine the Russian technology system was still under R and D by the time that Trump took over that it has not been implemented under the current President. What we do know is all current intelligence believe it was the Russians, no cabinet official has spoken of any plan or discusson with Trump to prevent the further Russian invasion of our electons and that there has been some discussion of American improving its tech defense with some of the tech heads but keep in mind, the current President, somehow wants to engage in a joint venture with Russia on combating cyber terror.

So, that pretty much sums it up. Maybe Obama did more, maybe he did less, but I personally think he was check maited to a large extent by a candidate who saw no issue with defaming our democratic process for votes.