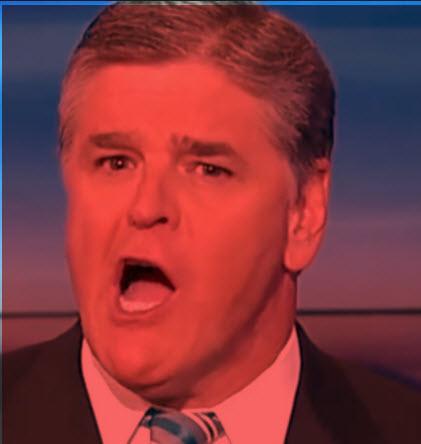 Fox News star Sean Hannity is having a tough time.  As a loyal Trump supporter, he is outraged that the Republican Senate has failed in its attempts to repeal and replace Obamacare.  At the same time, he is engaged in intra-network squabble with Shephard Smith.

Tuesday, Hannity went into outrage mode stating, “Enough is enough,” he began. “No more excuses. It’s time, the GOP, you either step up and get the job done or get out of Washington!”

“Pay very close attention if you’re in the D.C. swamp,” he told Congressional Republicans. “I and so many of us in the country, we have run out of patience with you! You are the do-nothing GOP lawmakers. And up to now, to be very, very honest, and it’s really sad, you’re pretty useless and all you have now is excuses and broken promises.”

That frankly were some of the most docile comments he made.

Then, as he did with Meghan Kelly, Hannity got into a public spat, but this time with Smith over that Fox anchor's comments about Donald Trump's family honesty.

Afterwards, Hannity said "“Shep is a friend, I like him, but he’s so anti-Trump. I mean, he went off on a rant last week. That’s fine.”

To which Smith responded, "“Sometimes facts are displeasing. Journalists report them without fear or favor.”

Something tells us with the Russian probe ever-widening, Sean Hannity is going to have be fighting allies as much as his enemies over the upcoming months.

More in this category: « From the first TV debate to "no debate", the future of politics is online video Louisiana likely to keep more of its Confederate monuments, than discard »
back to top