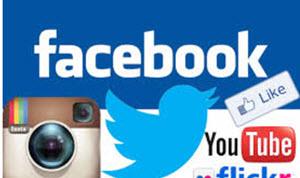 Recently, Jim Brown, a Louisiana political expert with over twenty-eight years of experience as a State legislature and statewide elected-official and Bayoubuzz publisher Stephen Sabludowsky talked about the fast-evolving technologies.

Sabludowsky has launched a free information service called Stream Wins and separately a consulting service called StreamWins.com, which focuses upon online video for this sector.
In part one of a Facebook Live discussion, which is below, Brown stated that he brings 28 years in public life and “we're going to talk today about the changing role of communication such an entire different world though political campaigns”.

He said one can do so much with political campaigns but the candidates have been very slow in coming in and using the whole flow of social media. He said he wanted to know about the new cutting-edge changes that are taking place in the world of communication technology which he said is going in so many different directions.

Sabludowsky responded by saying the political industry now needs to use online video--which he believes is necessary to use for any type of election campaign or legislative session or a policy position but it must be smartly used with social media such as Facebook along with the various hardware and software technologies including the latest online bot technologies that are the rave of the social media industry.

Sabludowsky said it is the confluence of software, hardware, mobile, social, video, traditional web and now social media bots that can really make the difference.
Click on image to watch video or the link below