This was a hot topic of debate this morning as conservative radio talk show host Jeff Crouere and I discussed the issue on WGSO Radio 990 AM.

First, let me state our respective positions: I believe my good friend Jeff Crouere believes the claims to be a hoax, that the earth is not warming and if it is, it is not man-made. Likewise, he blames the political promotion of these “falsehoods” upon people like Al Gore and other liberals, with an agenda.

I do not claim I know the answer to any of these questions, in fact, I specifically believe there are conflicting positions out there that promote all sides.  However, I am concerned that the vast majority of scientists do believe that the earth is warming and attribute it to a man-made phenomena.

During the radio show, a caller and Crouere cited a claim that the earth is not warming, but, in fact, cooling ever since Al Gore’s claims of an impending global disaster. 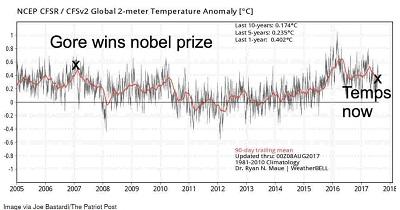 Here is a reference to that study, from The Blaze.

Respected meteorologist Joe Bastardi recently penned on op-ed hammering Gore for his awful climate predications made in his hit 2006 documentary, “An Inconvenient Truth,” while noting that today’s global temperatures are cooler than they were when Gore’s won the Nobel Peace Prize for his global warming work.

Perhaps he's right.  However, as I stated, there is legitimate authority to state otherwise.  For instance, a claim by the federal government that shows a significant rise for the past fifty years (see graph). See NASA website. 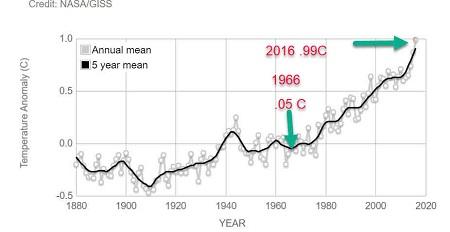 Obviously, Jeff and I did not solve this scientific or political conflict during the show.

Above is the clipping from the interview, Crouere’s comments and the opinions from all of the callers who firmly believe that Global Warming is a hoax.