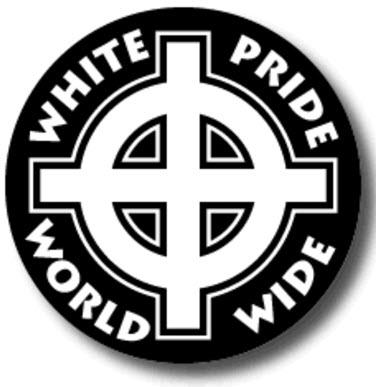 Below is a press statement by the organization "Lawyer's Committee" that sent the letter to the hosting company, web.com.

After more than 20 years of propagating hate across the planet, Stormfront.com was brought down.  Web.com stopped providing domain registration services to Stormfront, shutting down the site.  The development comes 2 days after the Lawyers’ Committee for Civil Rights Under Law’s Stop Hate Project issued a demand letter to Network Solutions and its parent company Web.com.  Web.com was, in fact, providing the domain registration services necessary to spread hate across the country in violation of Web.com’s own policies. Web.com's Acceptable Use Policy prohibits people from using their services “to display bigotry, discrimination, racism or hatred.” The Lawyers' Committee's notice made clear that Stormfront was in clear violation of Web.com's Acceptable Use Policy.

"Stormfront.com has been home to over 300,000 registered users who used the website to promote white supremacist violence across the world.  In addition to the explicitly bigoted, racist, anti-Semitic, and Islamophobic discussions that take place on Stormfront, more than 100 murders can be traced back to Stormfront users who frequented the site to discuss their hateful ideologies.  We will continue to use every tool in our arsenal to disrupt vehicles used to promote and incite racial violence across our country," said Kristen Clarke, President and Executive Director of the Lawyers' Committee for Civil Rights Under Law.  “Especially in the wake of tragic events in Charlottesville and the spike in hate crimes across the country, Stormfront crossed the line of permissible speech and incited and promoted violence.”

Web.com is to be recognized for choosing to adopt an Acceptable Use Policy that prohibits people from using their services “to display bigotry, discrimination, racism or hatred.”   Web.com’s decision to terminate services to Stormfront.com demonstrates that the company would enforce its own policies in order to support its diverse customers and the online community as a whole.

“At the Lawyers’ Committee for Civil Rights Under Law, we are proud to be a resource to individuals and community organizations across the country who have been combating hate for years.  Stormfront.com fostered the kind of discrimination, division, and violence that seeks to undermine people coming together across different communities.  While we recognize that bringing down one site won’t end these efforts, it will make it a little more difficult for white supremacists to sow hatred.  It will make it clear to people fighting for justice across the country that there are many people who recognize the inherent human dignity that unites us,” aid Becky Monroe, Director of the Stop Hate Project of the Lawyers' Committee for Civil Rights Under Law.

Stormfront, was one of the first major hate sites on the Internet with more than 300,000 registered users.  The site was launched by former Alabama Ku Klux Klan boss and white supremacist Don Black in 1995.  The site is frequently used to promote racial violence and is frequented by white nationalists and other violent extremists. The Stormfront website was used along with dailystormer.org to organize and encourage participation in the violent and fatal “Unite the Right” rally held in Charlottesville, Virginia.

A copy of the Lawyers' Committee's demand letters can be found here: https://8449nohate.org/wp-content/uploads/2017/08/Web.com-Letter.pdf

The Lawyers’ Committee, a nonpartisan, nonprofit organization, was formed in 1963 at the request of President John F. Kennedy to involve the private bar in providing legal services to address racial discrimination. Now in its 54th year, the Lawyers’ Committee is continuing its quest to “Move America Toward Justice.” The principal mission of the Lawyers’ Committee is to secure, through the rule of law, equal justice for all, particularly in the areas of criminal justice, fair housing and community development, economic justice, educational opportunities, and voting rights.

As a Communities Against Hate partner, the Lawyers’ Committee leads the Stop Hate Project. The Stop Hate Project works to strengthen the capacity of community leaders, local government, law enforcement, and organizations around the country to combat hate by connecting these groups with