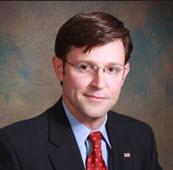 Here is the press release from Congressman Mike Johnson's office

“Properly enforcing our disclosure laws and ending irresponsible exemptions is critical to  maintaining the integrity of our political system as well as our national security. Hostile foreign nations have long sought to exploit every avenue when attempting to undermine the United States. Our bill ensures  that those working with foreign nations appropriately disclose their relationships – ensuring transparency and protecting the democratic process.”

“Policy makers are here to serve the interests of the American people, so we need to know when someone is pushing the priorities of a foreign interest. Unfortunately, we’ve seen time and again how lobbyists of foreign principals skirt existing disclosure laws to conceal their clients’ identities and agendas. Congress passed the Foreign Agents Registration Act to prevent inappropriate influence in domestic policy, but my oversight work has uncovered rampant disregard by foreign agents and lackluster enforcement by federal authorities. This bill seeks to correct those flaws by improving enforcement, compliance and oversight of FARA.”

FARA requires any person(s) in the United States working on behalf of a foreign principal, such as an individual, corporation, organization, government or political campaign or party, to disclose their affiliations and related activities with the DOJ. However, the DOJ Inspector General reported that the DOJ lacks a comprehensive enforcement strategy and has generally failed to aggressively use existing enforcement tools. Further, changes made to the law in 1995 have created ambiguity in registration requirements for foreign agents, which have been exploited, leading to a dramatic drop in registrations.

Grassley first raised concerns about FARA enforcement in 2015 and held an oversight hearing on FARA enforcement in July to examine how Congress can better ensure compliance. In March 2017, Johnson chaired a House Judiciary Committee hearing on “Examining Systemic Management and Fiscal Challenges within the Department of Justice.” He highlighted existing failures in FARA and requested the DOJ Inspector General and the Government Accountability Office both assist in finding commonsense solutions to problems in the statute. The law has gained renewed attention following investigations into foreign meddling in U.S. democratic processes.

2016 Office of the Inspector General Report