Hollywood lost in Spacey, falls like House of Cards with scandals, anti-Trump, liberalism 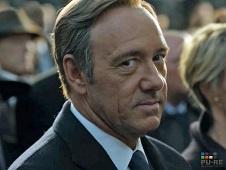 It has been a horrible year for Hollywood. Each week, the major studios are suffering from tremendous failures at the box office. It seems Americans are tired of wasting their hard earned money on liberal stars who express hated for President Trump or traditional values.

Despite the severity of the box office decline, the sexual harassment scandal sweeping Hollywood is an even bigger dilemma. It all started with Harvey Weinstein, the disgusting producer who is now facing sexual assault, harassment and rape charges from over 60 women. He is under investigation by police in Beverly Hills, Toronto and the United Kingdom. Obviously, he could be prosecuted for behavior that was allowed and ignored by the Hollywood elite for decades so being fired from his production company is the least of his problems.

Weinstein was a major fundraiser for Democratic candidates like Barack Obama and Hillary Clinton. He was praised by stars such as Meryl Streep, who called him a “god.” Now, the entire industry is trying to disown one of their most influential power players.

The latest problem for Weinstein is a $14 million lawsuit that has been filed by an unnamed Toronto actress who alleges that he sexually assaulted her twice in 2000. In a familiar story, the actress remained silent until now because she was fearful that Weinstein would damage her career. She claims that Weinstein exposed himself to her and performed oral sex on her against her will. On October 23, she reported Weinstein’s alleged activities to the Toronto police and claimed in the lawsuit that his actions caused her “numerous mental and physical ailments.”

The floodgates have now been opened. A former producer, Becky Steenhoek, is suing the Warner Bros. company for alleged sexual harassment she suffered in 2016 on the set of The Bachelor and The Bachelorette. Another Hollywood titan, director Brett Ratner, has been accused of sexual assault by actress Olivia Munn and several other women. Even celebrated actor Dustin Hoffman has been accused of sexually harassment. In the Hollywood Reporter, Anna Graham Hunter wrote about the ways that Hoffman engaged in inappropriate sexual talk and touching when she was a 17 year-old intern on the set of a TV movie.

Writer-Director James Toback is facing sexual harassment charges from dozens of women, including actresses Selma Blair and Rachel McAdams. Actor and comedian Andy Dick is now unemployed after being fired from his latest movie due to accusations of sexual harassment from a number of people who worked with him on the set.

When actor Jeremy Piven was accused of multiple incidents of sexual misconduct by reality TV star Ariane Bellamar, he denied the charges. In contrast, actor Kevin Spacey did not deny inappropriate behavior in 1986 with then 14 year-old actor Anthony Rapp. He used the opportunity to claim ignorance and blame it on “drunken behavior” and announce that he is a gay man, infuriating many LGBT activists who did not appreciate how Spacey connected the abuse accusation with his decision to proclaim his sexual orientation. Two other men, including Mexican actor Roberto Cavazos, have accused Spacey of unwanted touching and predatory stalking. This led Netflix to halt production on Spacey’s hit series, “House of Cards.”

Troubling accusations have also been leveled against actor Ben Affleck for inappropriate touching, as well as other Hollywood actors and insiders. At this time, it is uncertain how many more Hollywood stars will face similar accusations. However, it is certain that the industry is facing a tremendous crisis, the biggest in its history. Of course, Hollywood will survive this crisis, but it will be forever changed, hopefully for the better.