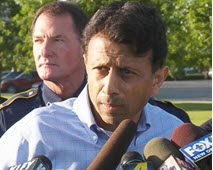 Mass shootings continue across the nation where no part of the country is insolated from a “wild west” mentality. The recent loss of life has been staggering. Those slaughtered range from one-year old kids to 77-year-old adults.

A country music festival in Las Vegas was the scene of 58 people killed. In the small town of Sutherland Springs, Texas, 26 people were murdered in the middle of a Sunday church service. A deranged gunman in northern California killed five people just last week. And those of us living in Louisiana can look back on a series of mass killings including those executed at a Lafayette movie theatre and officers shot down on a Baton Rouge highway.

Gun rights supporters say we should arm more people, and gun control advocates call for more restrictions on gun ownership. I remember reading a book back in the 70s called “Bible in Pocket, Gun in Hand: The Story of Frontier Religion.” The problem today is that the entire country is now the frontier, and there is no place that is a safety zone.

So where does responsible action begin? How about this refreshing idea? Let’s start by enforcing the present laws on the books. No new radical initiatives for the time being. The judicial system, on both the federal and state levels, has the tools to get many potential mass killers off the streets. But a number of laws are not being enforced.

Take killer Devin Kelley, the mass murderer at the small church in Texas. While in the Air Force, he talked openly about killing his superiors, illegally snuck a gun on his military base, was charged with assault and escaping from a psychiatric hospital, attacked his wife with a gun, hitting and choking her, fractured the skull of his baby stepson, and became a convicted felon. Kelley had no business owning a gun, yet the Air Force ignored the law and failed to enter his name in the federal database that would have prevented him from buying more guns.

Here in the Bayou State, a killer named John Houser had traveled to Louisiana from the small Georgia town of LaGrange. He had a long history of violence and mental illness. He had been ordered to a psychiatric hospital by a Georgia judge in 2008, which should have prevented him from even buying a gun. But then he went to an Alabama pawnshop and bought a 40-caliber, semiautomatic handgun. Georgia and Alabama are both saying the other state should have done more to stop Houser from purchasing the gun considering his checkered mental condition.

And if you think this is bad, how about the fact that over 48,000 convicted felons and fugitives lied about their backgrounds, a federal offense, so as to pass the background checks and purchase guns illegally. How many of these 48,000 were prosecuted for making false statements? A total of 44. The Justice Department’s response was that it was “prioritizing prosecutions to focus on more serious crimes.” So killers like Devin Kelley and John Houser have free reign to gather as many weapons as the want.

If there are no specific requirements that mentally deranged individuals like Houser are reported by every state to a national database, then we can look for more mass shootings. It’s way too easy for a potential killer to obtain a gun in one state, and then travel across the country to pick and choose his victims. Congress should make reporting mandatory with penalties for those states that fail to do so. And Congress should investigate why the Justice Department lets these same killers continue to ignore the law and continue to kill.

Simply put, start by enforcing current law before clouding this issue with new restrictions. It would seem to be common sense.

Jim Brown’s syndicated column appears each week in numerous newspapers throughout the nation and on websites worldwide. You can read all his past columns and see continuing updates at http://www.jimbrownusa.com. You can also hear Jim’s nationally syndicated radio show each Sunday morning from 9 am till 11:00 am, central time, on the Genesis Radio Network, with a live stream at http://www.jimbrownusa.com.