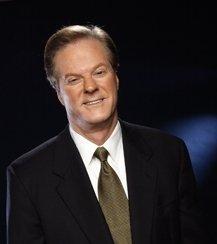 The “Rally for Economic Survival,” organized and orchestrated by the oil industry drew thousands to the Cajundome in Lafayette, Louisiana last week.  “No Moratorium” and “Drill baby Drill” were the T-shirt slogans of the day.  State officials made no bones about their willingness to have an open slugfest with the federal government.  As the Lt. Governor ranted: “We are not going down without a fight.”  All well and good, and there are certainly logical arguments against a long-term moratorium in the Gulf.

According to BP, the oil cleanup is going well, using new technologies;  Also, the company expects their claims payments to total at least $60M and they are going to begin mailing on Friday

Obama Does “The View” Through Fantasy Island Prism

Today, President Obama is heading to New York for a taping of the ABC afternoon program, “The View.” This marks the first time a sitting President has appeared on a daytime television talk program.

What a historic occasion for a President who has been a regular on the late night comedy shows and “Saturday Night Live.” In fact, Obama is just visiting with old friends as he appeared on the program and Oprah’s show during the presidential campaign.

"I expressed my desire to win and I like what said about the direction that they want to take the team." Paul said in a statement from the team.

With now-tropical depression and possibly tropical strorm, Bonnie bearing down on the northern part of the Gulf of Mexico where oil has been flowing for three months, President Obama is now faced with one of the  most  unusual scenarios ever presented to  a President--a storm bearing  down on a major oil spill.

Photos Of BP Oil In Gulf Of Mexico As Bonnie Approaches

Having a storm in the is not at all uncommon in the summer months, however,  it certainly is unusual when it appears to be heading towards the gulf loaded with oil.

"“Second, obviously we have concerns about the storm’s impact on the oil in the Gulf – and we are taking the oil spill response measures into account as hurricane response plans are implemented. We’re doing everything we can to minimize and mitigate the impact of the oil on our coastline. For instance, we continue to work with the federal government and BP to adjust their evacuation plans in the event of a storm."--Governor Jindal

This week, Congress passed and President Obama signed a new law that extends unemployment benefits.  According to the White House, the  law is critical to .

New Orleans, LA – Mayor Mitch Landrieu announced today his plans to fix the City’s $67.5 million budget deficit over the next five months.  His plan includes driving down spending to match the city’s recurring revenue stream by reducing overtime, managing departmental budgets, cutting and renegotiating contracts, and furloughing all city employees one day per pay period.  He also proposed allocating the proceeds from a recent insurance settlement to offset one-time revenue declines due to the recession and address a 2005 audit change.

I will never forget the year 1986. I was general manager of a dynamic Chamber of Commerce in the thriving community of Lafayette, Louisiana. Promoting Lafayette was one of the easiest jobs in the world. Tourists flocked there by the busloads to experience the Cajun culture, and the economy fueled some of the fastest growth in the nation.