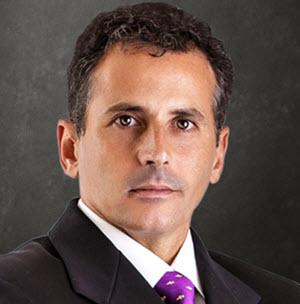 If he has any hope to drive Louisiana’s policy agenda, Gov. John Bel Edwards eventually has to figure out that he’s not in the Army any more.

The Democrat seemed to receive a surprise at the close of last week when his handpicked choice for the District 2 Public Service Commission full term, Damon Baldone, registered for that race as a Republican. Recently, when former commissioner Scott Angelle took a job working for the Pres. Donald Trump Administration, Edwards with praise appointed Baldone to serve in the interim.

(Photo: Damon Baldone)
Baldone sat a decade in the Legislature and, make no mistake, according to his Louisiana Legislature Log voting scores from 2004-11 he fit the profile of a Democrat, the label he claimed throughout his tenure. Where 0 marks a maximal liberal/populist set of preferences on a scale of 100, he had an average of 41, although his views seemed to moderate as the years passed. His first full term he averaged almost 34 but bumped up to 47.5 in his last term. His last year saw him with a 65, more than double the score of the lowest House of Representatives scorer from that year – Edwards.

But as many on the left have learned, in large swaths of the state and statewide Democrats are competitive only under unusual circumstances, so they will run as Republicans as long as they can point to a few votes and/or stated preferences that appear consistent with conservatism and a reform agenda. That tendency gnaws at hyper-partisans such as Edwards, who has stuck to his Democrat identification.

So, even as Baldone shrugged off Edwards’ refusal to endorse him in the fall contest, which features all Republicans (including a political newcomer who supported Edwards in his gubernatorial bid), as potential miscommunication, early frontrunner former state Rep. Lenar Whitney hit the nail on the head when she hypothesized that it grated at Edwards to back publicly a Republican. For her part, in her term in office, Whitney, a member of the Republican National Committee, averaged over 91.

(Baldone’s attempt to hold onto his position won’t be helped by some eccentric behavior. Not only did he engage in a bizarre effort to run for his past House seat by registering as both a Democrat and Republican, but he also acknowledged having an account on the marital infidelity website Ashley Madison, claiming ignorance of its true nature.)

Perhaps even more frustrating to Edwards is no Democrat signed up for the race, which Republicans have won for nearly three decades. On top of that, his exasperation with the Board of Elementary and Secondary Education seems on the rise as well.

Edwards, who worked vigorously against education reform while a legislator, vowed to dump Superintendent John White upon assuming the governorship. But voters, pleased at the slow but steady progress reforms measures have made, installed a BESE with a large majority opposed to Edwards’ education policies. Even with his subsequent anti-reform choices to BESE, it can block his agenda.

However, the slim pro-reform majority currently in place can’t reach the supermajority needed to give White another long-term contract, and the opposition has no chance to round up votes necessary to dump him. This has left White on a monthly contract.

That provoked a Hail Mary lawsuit alleging that White had to receive a Senate confirmation this past legislative session to continue in his post. As previously explained, this relies upon a peculiar, if not entirely unsustainable, reading of the Constitution, and a district court swiftly booted the case, although for reasons of standing.

Yet country lawyer Edwards seems to share in the opinion of the plaintiffs, led by Democrat state Sen. John Milkovich. On his latest monthly radio program, Edwards averred he thought adequate the warped interpretation brought to the court and said he would look into it. The ruling noted that one entity with standing to bring such a case was the governor.

So it’s come to this: Edwards has found he has so little traction with BESE that he considers latching on to a desperation ploy to remove the guy it hires to lead it. This separation of powers thing isn’t like the Army, where people carry out your orders.

Almost two years into his term, Edwards still doesn’t really get it. He did not get elected for his leftist agenda and if he wants to have significant influence over the policy agenda, other than serving as an impediment to advancing conservative/reform ideas, he needs to move to the political center. Clearly he hasn’t come to that point, and if the best he can do is hope he can give Democrats a leg up in contests with interim appointments and fancy going to court on a longshot to evict officers he finds annoying, his policy influence will diminish further.

More in this category: « Time for Governor John Bel Edwards to show cuts to Louisiana Gov. Edwards: Forecasts show Harvey closer to Louisiana next 48 hours »
back to top