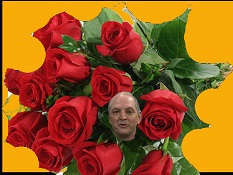 Welcome to the party, pal: liberal Democrat Gov. John Bel Edwards has joined the bandwagon to streamline through reduction occupational licensing in Louisiana. Regardless of his reason for doing so, better late than never.

To his credit, it’s been a small bandwagon, as virtually no Louisiana legislators – Edwards served in the House of Representatives from 2008-16 – recently have tried to do anything to reduce the number of occupations requiring licensing. In fact, during his two terms in the House, eight discrete bills came forward establishing new occupational licensing while none actually tried eliminating any (a couple of dozen tweaked requirements, more often marginally eliminating these than adding to them).  Six of these didn’t make it out of committee, and of the two that did Edwards voted againstone and for the other.
No real movement has occurred during his two years as governor, either. As a result of this standstill, Louisiana remains the most overregulated state for occupational licensing, as measured by theInstitute for Justice. In fact, the only significant attenuation of licensing in the state over the past decade has occurred because of the Institute’s intervention, in putting pressure on lawmakers to pare substantially the florist license requirements and in winning in court on behalf of monks who wanted to make and sell caskets.

Licensing too often turns into something less about consumer protection and more about a barrier to entry for businesses, where existing providers can reduce competition. Some services clearly demand licensing to protect the public, but does Louisiana really need it in the cases of selling flowers, or interior decorating, or in pest control spraying, or installing electronic home entertainment systems?

Oddly, conservative Republican Agriculture Commissioner Mike Strain does think it a life-or-death matter. Concerning florists, on whose activities Edwards specifically mentioned regulation goes too far, Strain argued without licensing “you're going to set up a situation where anybody can open a floral shop and there's no method to regulate the industry and protect the public.”
So, what’s the worst that can happen? You order a bouquet of roses and receive carnations? Old specimen steins get used for vases? They don’t cut an inch off the bottom off of stems to help preserve the cuttings longer? Strain doesn’t think any of dozens of online vendor rating sites couldn’t inform consumers of such travesties, much less good old word of mouth, and thereby drive business away from such horrific examples of malpractice that endanger the health and safety of the public?
If Strain doesn’t realize how obviously silly arguments like his are when applied to some currently licensed occupations, at least Edwards seems to. Having accomplished little of his agenda, which typically has concentrated on growing state government’s size and control over people’s lives, taking the opposite tack promises him a chance to pick some low-hanging fruit.
Scrapping needless licensing has proven difficult in the Legislature because the special interests benefitting from that use their leverage to dominate small choke points. They concentrate their resources to preserve their gains at the committee level, having to convince only a handful of lawmakers to maintain things while their diffuse opposition, if it even can rally to counter the claims of these beneficiaries, only can bring contrasts using large philosophical principles to justify dumping unnecessary regulations.
However, having the guy at the top of the executive branch backing regulation reduction brings a whole different dynamic to the effort. The Governor’s Office has the institutional capacity to lobby in favor of regulation reduction and to bring in experts to dispute claims of the multitude of special interests that opposes such an agenda. If Edwards takes this seriously, significant paring could occur.
Which would make for more convincing selling of the idea that he isn’t just a tax-and-spend liberal, an impression that otherwise guarantees him losing reelection. Whether by his running counter to type stems from Edwards truly believing in this cause or from he simply recognizing it as a good campaign strategy for reelection, that focus is welcome.