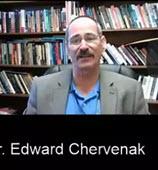 There was one indisputable fact during the New Olreans Mayor’s race—turnout was very poor. There seems to be one logical conclusion for the runoff. The Mayor’s race and the New Orleans elections, in general, are bound to get negative and dirty.

In Tuesday, UNO’s political science professor, Dr. Ed Chervenak, who is the political and elections analyst for WDSU-TV, discussed the recent elections with me via a Facebook Live event video.

In the first part of the interview, the discussion focused upon the numbers, the reasons for such a low turnout, comparisons to other races and the general expectations.

Here is the transcript of this beginning of the interview discussion. More tomorrow.

CHERVENAK: Early vote turnout which was 1% higher that was the last time we held a mayoral election and much of that I think was do just two weather events.  We had the big rain on one Monday that really depressed only votes from them and of course we had to prepare or hurricane Nate on the last day early vote--so it tended to dampen early vote turnout, but over 15,000 people did show up to vote which is a little more 3,000 more than the previous cycle but of course there are more registered voters today then there were four years ago as well.

So and of course African-Americans and females are the groups most likely to take advantage of early voting.  When it came to election day the turnout, 26% plus the 6% for early vote--that made the total 32% overall for this particular election, which is three percentage points lower than we had in 2014 when we basically didn't really have much of a race-- you know Mitch Landrieu was the incumbent and it was almost preordained that he was going to be win reelection.

So you know so a lot of questions about just how inspired people were for this eelection-- why was turn out so low--people have asked me, and you know, reasons there are numerous reasons like people don't vote:  One is this they don't feel they their vote doesn't count their one vote doesn't really matter, no sense of me taking up the time go stand in line cast the ballot, when my one vote doesn't matter.  Or people are just generally apathetic they're kind of tired of politics right now, we're in a season of political discontent certainly nationally, I don't know if any it's kind of filtered down to the local level or not but seems that people are kind of turned off by politics.  Another reason is that people could just be content, you know they're content with the status quo and that there's no real need for them, you know,  get energized, get excited and go out and vote.  You know,  things are okay-- no need to upset the apple cart--

And the final reason why turnout was so low it's just the nature of campaigns today is much different than it has been in previous decades.  Today campaigns are much more entrepreneurial, much more professional,  you know, they're run on the consultants laptop behind closed doors, and they're just narrowly targeting a particular universe of voters rather than trying to reach out and expand the universes of voters.  Whereas in previous elections, you know was more of a street level activity neighborhood oriented people got involved--rallies, picnics, whatever and that's what kind of energized people.   And so I think it's just a number of reasons I don't think he can pinpoint it to any specific reason when I turn that was done I think it's there's multiple reasons.

Well you seem to me that it wouldn't wouldn't be the, I guess the third reason-- that people are satisfied--

CHERVENAK: Yeah I mean you're right, you hear a lot of grumbling out there about the issues about crime, infrastructure, people seem to be unhappy but if they were that unhappy then they would, you know, rise up and we would see a lot of people showing up at the polls looking for change or, you know, looking to elect a candidate who would basically address all those needs that people are communicating.

It's just one it's just one theory that's out there--people just may be a happy with the status quo and that's it.   But you know I just tend to think that that's part of it, like I said I don't think any one theory answers what's taking place here in New Orleans.

SABLUDOWSKY: Were you surprised the turnout was as pitiful as it was I mean you know you compare it to four years ago and and I wrote something the other day comparing it to 2006 when the city was basically disabled

SABLUDOWSKY: You had people all over the country who had to leave because of Hurricane Katrina

SABLUDOWSKY: I mean it was such a debate over who was going to be able to vote and yet the turnout was I think I'm gonna say roughly 115,000 total