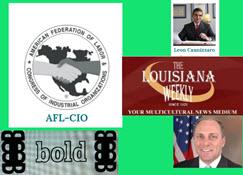 How important are endorsements by elected officials in the upcoming New Orleans Mayor’s race runoff?

Maybe not much, but it could all depend.

Late last week, Michael Bagneris endorsed Latoya Cantrell claiming she was more like him then all of the candidates. Some believe, however, his sour relationship with Desiree Charbonnet played strongly in his decision.

A simple endorsement is one thing. Sharing one’s name and campaign infrastructure after obtaining roughly twenty-percent of the vote is another. We’ll have to wait and see if Bagneris can help deliver particularly with the non-black community, given that his support among African American was single figures while his backing among whites and other non-blacks was close to 30 percent.

Cannizzarro, certainly helps, but even his backing, like Richmond’s did not yield the winning results.

I doubt Governor John Bel Edwards will get involved in the election, thus, there are no other Democrats in Congress or with statewide name recognition who could go to bat for Charbonnet.

Mitch Landrieu opted not to back anyone for the general election and I believe one can safely assume, it will be more of the same over the next three weeks.

There is the question of will House Majority Whip Steve Scalise be involved in this election and if so, who might get his support.

Scalise is a Republican and his district includes Lakeview and parts of Mid City.  Obviously, that district is the most conservative of all and has a large white populace.  Scalise is close to Richmond although they differ politically.  Assuming that he is not in Cantrell's camp, would Scalise want to be involved in an election in which the candidate he might now support is nine points down as of last weekend and has already lost the number three vote recipient, Bagneris.

Also, with that nine point disadvantage, one might safely assume that other potential candidates and politicos, who have not already endorsed so far might be reluctant to jump to back Charbonnet, unless there is some movement in the few independent polls which generally come out later in the campaign to do much help in swaying uncertain voters.

In the media world, the three major endorsement players are the Times Picayune, The Gambit Weekly and the Louisiana Weekly. All three backed Cantrell last week. I doubt this will change.

Among the organizations, it doesn't seem to get any better for Charbonnet. The two best-known African American organizations, Bold and Soul, went with Cantrell. The Independent Women's Organization  did too.

Charbonnet has enjoyed the confidence of United Teachers of New Orleans, the AFL-CIO, the Orleans Parish Democratic Party Executive Committee, the Interdenominational Ministerial Alliance and prominent New Orleans elected officials such as Senators Wesley Bishop, J.P. Morrell and Troy Carter along with Public Service Commissioner Lambert Bossiere III and others,  Whether others will join the campaign might depend upon  those upcoming polls.

Ultimately, it all comes down to turnout and with fewer races citywide during the runoff, the voters might be in even shorter supply than the paltry 32 percent in the general election.