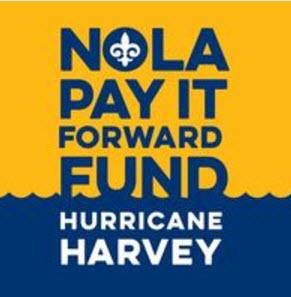 Few people in America know how devastating a natural disaster might be more than those who lived through Hurricane Katrina.  New Orleans, never could have come back as quickly as it has without the love and support from individuals from around the world, non-for-profit organizations and communities.

Given the tragedy from Hurricane Harvey, New Orleans, through its Mayor, Mitch Landrieu, is promoting what has been named Nola pay It Forward to assist those currently in need.

Here is the promo from Landrieu:

Our thoughts and prayers are with those in Texas and Southwest Louisiana affected by Hurricane Harvey.

Now 12 years after Hurricane Katrina, it is important that we do our part to return the support so many people gave to us in our time of need.

That's why earlier this week I reactivated the NOLA Pay It Forward Fund in partnership with the Greater New Orleans Foundation.

The people of New Orleans know all too well what it's like to suffer through a disaster. We remember all of those who helped us when we needed it most, and through this fund we hope to pay it forward to other communities in need.

It's our turn to "Pay It Forward" once again.

Those interested in donating to the fund can go online to https://www.nolapayitforward.org/