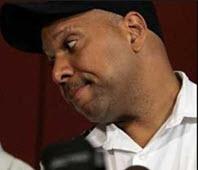 In the chaotic days after Hurricane Katrina devastated the Gulf Coast, members of the New Orleans Police Department (NOPD) were ordered to confiscate legally owned firearms. Not only was it an illegal breach of the Second Amendment rights of New Orleans citizens, but it also deprived vulnerable hurricane victims the best means of protecting themselves.

After the hurricane, many police deserted their posts and left New Orleans. The ones that remained were overwhelmed trying to keep up with the multitude of problems that arose in a city that was 80% flooded. With rampant looting and marauding bands of criminals, law abiding citizens needed their firearms for protection. At the same time, New Orleans was being compared to “Mogadishu,” police were confiscating firearms, a misguided decision to say the least.

According to then Police Chief Eddie Compass, “no one will be able to be armed…only law enforcement will be allowed to have guns.”

Despite the eviction order and the chaos in the city, the police chief did not have power to suspend constitutional rights. For many homeowners, their firearms were seized at gunpoint with no receipts given by the NOPD.

Fortunately, the National Rifle Association intervened and a lawsuit was filed in U.S. District Court. By September 23, 2005, U.S. District Court Judge Jay Zainey issued a temporary restraining order and barred the NOPD from any additional confiscations. Judge Zainey also ordered that the seized guns be returned to the lawful owners.

After the disgraceful abridgment of rights in New Orleans, the NRA was able to solicit promises from mayors and police chiefs across the country never to seize firearms from law abiding citizens. In 2006, a bill was signed into law by then President George W. Bush to prevent any persons “acting under color of federal law, receiving federal funds, or acting at the direction of a federal employee from seizing or authorizing the seizure of lawfully-possessed firearms or imposing or enforcing certain restrictions on firearms during a state of emergency.”

Eleven years later, it is worthwhile to examine whether this law protects the 106,792 full-time residents of the U.S. Virgin Islands? This is a U.S. territory that is being impacted by Hurricane Irma, a monster Category 5 storm. In advance of the hurricane, Governor Kenneth E. Mapp authorized the territory’s national guard to seize “arms, ammunition, explosives, incendiary material and any other property that may be required by the military forces for the performance of this emergency mission.”

With a devastating hurricane on the threshold of creating havoc throughout the U.S. Virgin Islands, there were many more important tasks for the Governor to accomplish than taking firearms from residents. Once again, as with Hurricane Katrina, another killer hurricane has prompted a confiscation of firearms. While the rights of those who live in U.S. territories are more limited than those of U.S. citizens, this action needs to be denounced and investigated.

To add insult to injury, the Governor did not promise to return or compensate the gun owners.

Jeff Crouere is a native New Orleanian and his award winning program, “Ringside Politics,” airs locally at 7:30 p.m. Fridays and at 10:00 p.m. Sundays on PBS affiliate WLAE-TV, Channel 32, and from 7-11 a.m.weekdays on WGSO 990-AM & www.Wgso.com. He is a political columnist, the author of America's Last Chance and provides regular commentaries on the Jeff Crouere YouTube channel and on www.JeffCrouere.com. For more information, email him at jeff@jeffcrouere.com

More in this category: « New Orleans: Beauregard Monument, UNO growth, Jim Croce, Francophonie Politico hails Mitch Landrieu No. 18 and a for voice to rectify history »
back to top