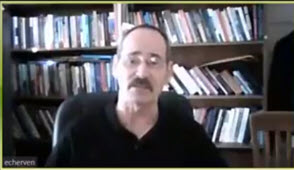 Two days to go. You're down 11 points according to the recent poll and more according to other published polls. What's a woman to do?

That's ultimately the question that Desiree Charbonnet needs to ask as she decides how to approach the last hours of a long New Orleans Mayor's campaign.

The 11 point difference is based on the just-released University of New Orleans survey., which went public Tuesday. Desiree Charbonnet definitely has her work cut out for her to win the New Orleans Mayor’s Race on Saturday against LaToya Cantrell. There might be few options.

In particular, based on that poll and other surveys Dr. Ed Chervenak has reviewed, the UNO professor believes that Cantrell has a broad swath of support.

Below is a transcript of most of Part I of the interview I conducted with Dr. Chervenakt Wednesday afternoon via Facebook, Twitter and Youtube Live. The video also was broadcasted live via Bayoubuzz.com..

After reading the transcript, you can watch the entire segment by clicking on the video below or if you only want to watch at the point where the below transcript ends, simply move the scroll to the 3:25 mark.

In that last part of this video, Chervenak explains some of the other findings, therefore, obstacles in front of Charbonnet over the next two days.

Also, you can watch the entire Facebook Live video discussion, by clicking here

You can read the poll summary here

Chervenak: You would think so for a mayoral race, you know a lot of people aren't necessarily enthusiastic about the election. I don't know if it's just a matter of quality of the candidates or whether it's the negative advertising that's taking place and in the campaign, or whether it's just the nature of campaigns today in terms of getting people out and mobilized or people just turned off by politics, frustrated particularly what's going on at the national level, and it's maybe filtering down here.

But we didn't see early voting go up about a percentage point, seven percent that was up one percentage point from the primary, so we may get a bit higher turnout on Saturday.

Bayoubuzz: Now turnout generally speaking on the runoff are they generally higher or lower?

Chervenak: Well typically it's the primary that generates the most enthusiasm because you have the most races, you get the most competition, and so once we are down to the final two then a lot of enthusiasm tends to drop off. We know a lot of people who support other candidates may decide to drop out and you know not participate in the election, so, it's a mix. I mean I can't say there's any kind of set pattern to turn out for primaries and runoffs but typically it's the primaries that really generate a lot of enthusiasm and excitement-- even though we didn't see a whole lot this time around.

Bayoubuzz: Okay why don't you take us through the poll

Chervenak: Sure what we found, we called 602 New Orleanians likely voters because we looked at these people they vote at least three times in the last five statewide elections so we feel it's there have a better or even chance to turn out for the election. A and so these 600 folks basically said that they support Latoya Cantrell-- our numbers basically put her up by 11 points-- with a 20% of people still saying that they're undecided. And so that's one of the real questions is one of the undecideds - are they looking at both candidates in just deciding "well I'm not really happy with either one, now I'm gonna stay home or will they shift towards one candidate or split--so those undecideds are really hard to read.

Sell Tickets Online through Eventbrite
But Cantrell was doing well she's leading by double digits she's doing especially well with African-Americans, with women, and with Millennials. She's not really trailing in any other group--whether it be age or gender or race. She's gotten a broad base of support. I think one of the things the Charbonnet campaign has to be concerned about is that they can't point to any particular demographic group or say we're really doing well with them.

More in this category: « Despite Landrieu, voters sleep walking in Cantrell vs. Charbonnet New Orleans Mayor's Race Given Cantrell's credit card fuss, optics of Landrieu's Paris Trip are bad, BUT »
back to top