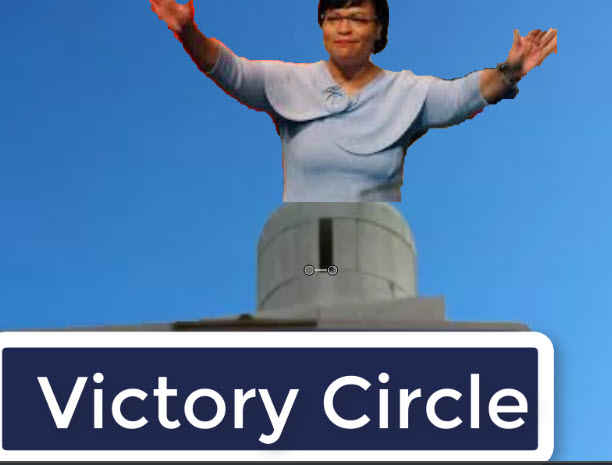 Thus, the Mayor rammed through a council ordinance and authorized the process of removing four monuments using workers from a private security firm and the New Orleans Fire Department. In front of angry crowds of protesters on both sides of the issue, the monuments were removed, including a few that were dislodged in the early hours of the morning.

It was sad to see the tense atmosphere at the monument sites. Prior to Landrieu making this his signature issue, most New Orleans residents did not think twice about the Confederate monuments. It was never a racially divisive controversy until Mitch Landrieu created the conditions for the conflict.

After the four New Orleans monuments were removed, other cities followed in a similar fashion. Sadly, Landrieu started a politically correct nationwide trend of removing “Confederate” monuments. This disgraceful attack on history did not improve the plight of African American citizens in New Orleans or any other community in the United States. It was just a “feel good” move to battle supposed racist symbols of our past.

In this campaign to destroy the city’s rich history, Landrieu promised that the monuments would be moved to another location. He also promised new attractions at the old monument sites. As usual, he failed to fulfill either promise. Today, the Confederate monuments are stored in city warehouses, while their former sites remain blighted.

The most prominent site is Lee Circle, at the intersection of St. Charles and Howard Avenues. It is directly on the Mardi Gras parade route and should have been redeveloped into a major attraction. Instead, a lonely pedestal stands at the center of the circle with no monument attached.

While various proposals have been made to replace the statue of General Robert E. Lee with a monument to honor famous New Orleans residents like Fats Domino or Leah Chase, the best idea is to create a wonderful tribute for our veterans with a “Victory Circle” which would unite citizens from across the city.

As envisioned by local activists Charles Marsala and Frank Stewart, this attraction would honor veterans of all races and backgrounds from all of America’s wars. Another benefit is that “Victory Circle” would be in close proximity to the National WWII Museum, one of the city’s premier tourist destinations.

Mayor Cantrell, it is time for leadership on this issue. Not only has nothing been done, but nothing is being planned to resolve the impasse. The clock is ticking and the longer this problem remains unresolved, the harder it will become to redevelop the sites and decide the fate of the four monuments.

A wait of over two years is long enough. It is time for the Mayor to announce her support for a “Victory Circle” and start moving forward with the redevelopment. To show support for this idea, please contact the Mayor and the city council members and sign this petition: VICTORY CIRCLE PETITION

More in this category: « Attend Politics with a Punch 17th Anniversary Thursday May 16 Recipe of Love was Leah Chase's food for thought »
back to top