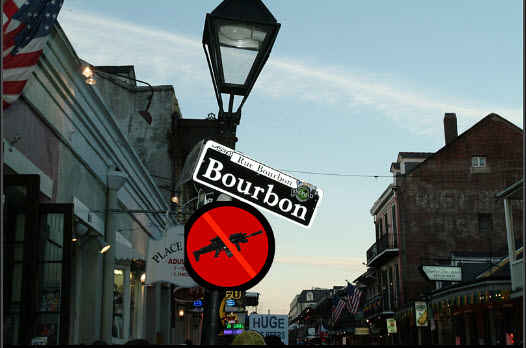 The shooting took place on Canal Street, which borders the world-famous French Quarter. Historically, Canal Street was a fine shopping destination for locals and tourists alike. Today, it is a mixture of T-shirt shops, fast food restaurants and street merchants selling a wide variety of cheap merchandise.

To average one mass shooting per year in the past six years is horrible, reflecting a serious problem with New Orleans. The causes are multi-faceted, including broken families, poor schools, lenient sentences and a shortage of police officers.

While boosting police presence will help, it is not the only answer. In Sunday’s shooting, a police car was parked on Canal Street, mere steps away from where the mayhem occurred. The shooter was not deterred by the police car, only fueled by hatred.

According to New Orleans Police Superintendent Shaun Ferguson, the recent shooting involved people who were from out-of-town. This does not make the tragedy any less painful, especially for the victims and their families, but it is a reminder that New Orleans has a vibrant tourist economy with millions of visitors each year.

Residents and tourists should be protected during the Bayou Classic weekend, but, unfortunately, in two of the last four years, mass shootings have occurred instead.

Whenever one of these incidents happen, the story is carried by the national and international news media, projecting to the world that New Orleans is an unsafe city. This kind of negative publicity will undoubtedly hurt the city’s economy tremendously.

It is time that the Mayor and City Council members work with the District Attorney to craft some new policies which will work. The first idea is to investigate what other cities are doing and whether their policies are working. The best ideas can be implemented in New Orleans.

An answer that will not work is to make the French Quarter a “gun free zone” with official entrances being created with metal detectors, security officers and “pat downs” like the entrance to the Superdome for Saints games.  This will make life miserable for French Quarter residents and creates unnecessary restrictions for gun owners. It will have no impact on a criminal, who will smuggle in guns to use against newly disarmed residents. Creating gun free zones only gives criminals a better chance of success in creating another tragic mass shooting.

More in this category: « Time to talk Turkey, Thursday, at Politics with a Punch, Nov. 21 Saints win over 49'ers could mend a broken heart of hateful memories »
back to top