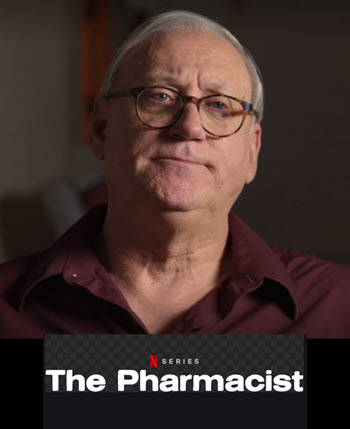 Schneider turned his grief into a relentless quest for justice for his son. It included posting signs and knocking on doors in the Lower Ninth Ward neighborhood, meeting with local church leaders, regular contacts with police and cold calling residents in the hopes that someone would know something about his son’s death.

Eventually, Danny Jr.’s killer, a juvenile, spent 13 years in prison. While there was some closure to his son’s case, Schneider was not finished in his desire to deal with the conditions that led to his son’s death. He soon turned his attention to the raging opioid epidemic, a crisis that he witnessed at close range as a St Bernard Parish pharmacist.

Schneider became aware of the raging opioid epidemic years before the national media realized what was happening. He noticed a flood of young people bringing in prescriptions for Oxycontin, a powerful analgesic pain medication that is supposedly only prescribed for patients dealing with severe pain.

Schneider discovered that one local doctor, Jacqueline Cleggett, was operating a “pill mill” and prescribing vast amounts of the drug to many patients. This concern led Schneider to launch an undercover operation to gather information about the doctor and report his findings to federal and state authorities.

Schneider found Dr. Cleggett was operating her office during the early morning hours with “patients” appearing from not only the local area, but also from surrounding states. Amazingly, the doctor had armed security, a NOPD officer, protecting her illegal operation.

Only through the relentless pursuit of Dr. Cleggett did Schneider encourage the medical board to revoke her license. She was eventually charged and pleaded guilty to one count of conspiring to dispense and distribute controlled substances. Her light sentence included only three months of probation and no jail time. She was also sued by several of her former patients and years later was severely injured in a car accident which resulted in brain damage and partial paralysis.

Without the tireless work of Schneider, Cleggett’s operation would have continued for months, if not years, longer. While authorities would have eventually shut down her business, Schneider spurred action on a much quicker basis, saving untold number of lives.

His impatience with the status quo is admirable. His insistence on action in the face of injustice should be inspiring for everyone.

Schneider was fearless, taking on authorities at all levels of government and fighting criminals wherever he found them. His courage came from his unquenching desire for justice for his late son and the noble desire to save other families from the pain that his family endured. In an era when much of our “entertainment” is trash and unworthy of our attention, this series is a rare treat, both valuable and inspiring.