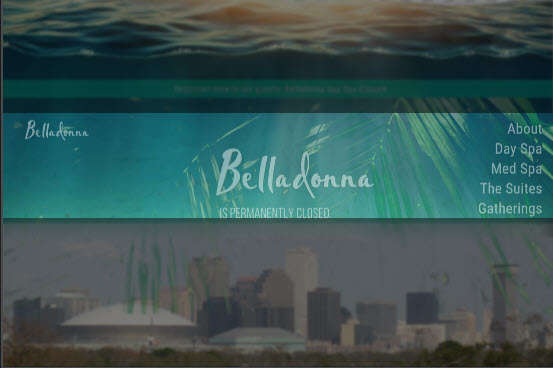 In New Orleans, the protesters clogged traffic in certain areas of the city and on I-10 for several nights. The City Council will be investigating the use of tear gas and rubber balls in dispersing the crowd that had gathered on I-10. While no one was seriously injured, critics of the NOPD are upset at the tactics used to quell the protest. The ACLU and other groups are demanding a full-scale investigation.

An even greater concern should be the manpower shortage that the NOPD is facing. This was created when former New Orleans Mayor Mitch Landrieu canceled police recruiting classes for several years. In the past few years, the NOPD has been operating with only 1100 officers, five hundred less than needed, and a federal consent decree, with tremendous oversight of its activities. Many officers complain privately that their crime abatement methods are severely limited in this environment.

In this situation, it is difficult to recruit new police officers. With the anti-police attitude prevalent throughout the country, the efforts to recruit new officers will be even more difficult.

Flooding is another ongoing problem that has not been properly addressed for decades. Protests should also be lodged about the inaction of this administration. As hurricane season starts again, New Orleans is clearly not ready. Despite billions of dollars in flood protection improvements, the city cannot handle a persistent rainstorm.

Yesterday’s bad weather led to flooding in over 100 locations throughout New Orleans. It seems that the Sewerage and Water Board is still not able to keep the pumps operating. Amid the heavy rain, a main turbine (#4) overloaded, and multiple pumps were shutdown throughout the city. This led to the usual problems as floodwaters damaged cars, homes, and businesses, including New Orleans hotels.

Along with the problems exposed yesterday with turbine #4, there remain the ongoing issues with turbine #5, which exploded in December. Thus, heading into the dangerous summer months, New Orleans is ill-prepared. According to Sewerage and Water Board Executive Director Gasshan Korban, “I’ve been saying for a long time we have a very fragile power generation system.”

This problem should be the top area of concern for the New Orleans City Council and the Mayor. Unfortunately, for many years, the Sewerage and Water Board has been used to reward political friends and needed improvements have not been made. The agency was severely mismanaged during the Mitch Landrieu administration as his political ally was given the position of Executive Director and utter incompetence was on frequent display. Under the current management, there is hope for a brighter future, but the situation remains completely unacceptable.

Crime and flooding, along with high taxes and poor streets, will drive away people and businesses from New Orleans. At the present time, New Orleans is still in Phase 1 of the Coronavirus recovery. This terribly slow economic reopening will not be soon enough to save local businesses, such as Belladonna Day Spa, which just announced it will permanently close its New Orleans business.

The list of businesses that will be closing in New Orleans will be exceptionally large. It is unknown whether the City Council or the Mayor has a plan to address the exodus of businesses and tax revenue.

Instead, work is moving forward on changing street names. A commission has been formed that will report to the City Council in the next three months. According to District E Councilwoman Cyndi Nguyen, “An initiative of this kind is long overdue, but I am proud to be a part of it. We can no longer live in the shadow of a dark history that glorifies the oppression of people of color. It is time to move beyond our divisive past and work together to build a new, inclusive legacy that highlights the rich cultural fabric of our city.”

Changing street names, just like removing confederate monuments, may help certain New Orleans residents feel better about their community, but it will not address the real troubles facing the city. The underlying problems of poor infrastructure, blighted housing, substandard public education, and a high crime rate will still afflict residents of New Orleans.

People and businesses are already leaving New Orleans and more will exit until something is done to make the city more economically viable. More time and effort need to be spent on these concerns or the city will have a greater number of new street names, but a fewer number of businesses and residents living on them.