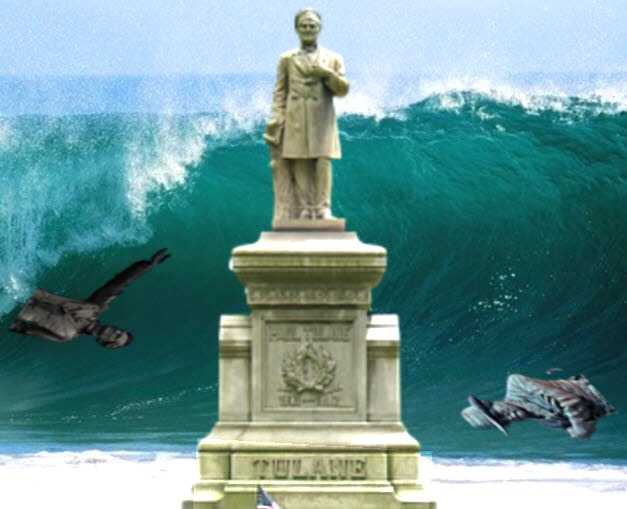 As a youngster, I loved Tulane University. I grew up in the shadows of the massive Tulane Stadium on campus and enjoyed attending many football games with my family. I participated in their basketball camp, worked tirelessly as a ball boy for the baseball team and loved playing pick-up football and basketball games with friends at various sites on the campus.

Unfortunately, the Tulane University of yesteryear is long gone. Today, it is a hyper progressive university stuffed with card carrying liberals serving as administrators, professors, and students. Conservatives need not apply or even attempt to break through the liberal stranglehold.

Along with radicals from across the country, Tulane students have been participating in the anti-police protests. In the New Orleans area, multiple rallies have also been held to protest various monuments in the city. These activists have also targeted dozens of street names they believe need to be changed. According to these protesters, the problem with these monuments and street names is that they are tied to white supremacy or the confederacy.

The New Orleans City Council has established a committee to review recommendations for street names that should be changed and monuments that should be removed. No doubt the list of recommended changes and removals will be quite extensive.  Already, four monuments were removed by city officials in 2017 and one monument was ripped down by a mob the other night.

Before any more confederate monuments are torn down or street names changed, the “woke” committee of progressives should focus their attention on the intellectual home of many of the radical demonstrators, Tulane University.

Tulane University was named after Paul Tulane, the largest benefactor of the Confederate States of America. He inherited his wealth because his father created a fortune through slave labor in Haiti.

The main building on the Tulane campus is Gibson Hall, named after Randall Lee Gibson, a Brigadier General in the Confederate Army. His father also grew rich through slave labor at a sugar plantation. Gibson worked closely with Tulane to create the endowment that established Tulane.

When the university was founded in 1882, Tulane insisted that it be reserved “for the promotion and encouragement of intellectual, moral and industrial education among the white young persons in the City of New Orleans.”

Along with founding the university, Tulane gave money to construct a confederate monument in Greenwood Cemetery in New Orleans and financially supported the Ladies Benevolent Association of Louisiana with lavish gifts. This organization was dedicated to erecting more confederate monuments throughout the state.

Clearly Tulane believed in the confederacy both during the Civil War and afterwards. These ties qualify Tulane as a symbol of both white supremacy and the confederacy. Thus, the first order of business for the council’s new committee should be to insist that the names of both Gibson Hall and Tulane University be changed.

As commentator Ann Coulter noted, the same problem exists at another liberal citadel, Yale University. She wrote, “How about a bill withholding all federal funds from Yale University until it changes its name? The school’s namesake, Elihu Yale, was not only a slave owner, but a slave trader. Quite a dilemma for the little snots who attend and teach there! It will be tremendously damaging to their brand. After all, true sublimity for a Social Justice Warrior is virtue signaling and advertising their high SAT scores at the same time.”

Coulter’s idea for Yale is perfect for Tulane as well. If the Tulane name is not changed, state and federal funds should be completely withdrawn from the university. No more virtue signaling for Tulane students, they are tied to a history of racism.

In fact, Tulane protesters should not travel to any more monument sites to air their grievances, they should stay right there on campus. The fight against white privilege, racism, and white supremacy should be focused at Tulane University, the home of liberal hypocrisy.

More in this category: « Time to take a stand for flag and national anthem at sporting events The Art of White Privilege in Cantrell's New Orleans »
back to top