K-Paul's life in New Orleans is too short, Ain't Dere No More 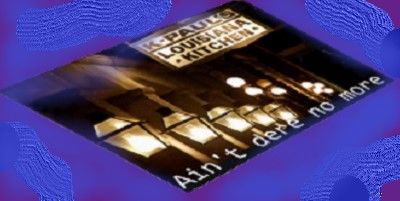 Cajun cuisine has always been unique, delightfully spicy, and thoroughly enjoyable for those that live or visit South Louisiana. But for many years, it was always a local thing. That all changed with the arrival of Chef Paul Prudhomme in the 1980s.  He became an internationally known superstar chef who brought the taste of Cajun and creole cooking worldwide.

Chef Paul died in 2015 at the age of 75.  But his love of Louisiana flavors continued in his restaurant on Charter Street in New Orleans call K Paul’s. My family has enjoyed many meals there, where the restaurant continued the tradition of using Louisiana produce and meats to create an exquisite and unique taste.

I met Chef Paul in the early 1970s when he was just beginning as a cook in several New Orleans restaurants.  My friend, a long time Army buddy Frank Davis, a well-known outdoor sportsman, hosted a weekend food show on WWL radio in New Orleans. I had written a cookbook on country cookin’ (“Jim Brown’s World-Famous Squirrel Stew and other Country Recipes”), so Frank made me a regular on his Saturday morning program. That’s where I met Chef Paul.

He was always full of funny Cajun stories. One of my favorites was Paul telling me about how Cajuns will eat about anything. He told me of stopping at a small country general store for something to drink. An older Cajun was on the front porch stirring a large kettle.  “Whatcha cookin,” Paul asked. The old fellow told Paul he was cooking a gumbo.

“About like an owl gumbo” the fellow told him, then Paul would burst out laughing.

I went on to host a New Orleans based cable television program during the 1990s, and Chef Paul was a regular.  He talked about the wonderful taste of red fish, that was considered a trash fish at that time Louisiana. He started a national craze, with his recipe blackened redfish, that is still is a staple all over the country today.

Chef Paul who weighed over 300 pounds, would come on my tv show and cook up a roux; a gravy base that is basic to Cajun cooking. He always included what he called the holy trinity of spices; onion, celery, and bell pepper. I asked Paul why his flavors seemed so extra tasty. He told me, “You know how most chefs use 98.6% butterfat, Jim? Well I use 99.8%.”

Paul loved Louisiana politics and often was there to roast other politicians at various fundraisers around the state. He could entertain for hours with his stories of growing up in rural St. Landry Parish as one of 13 kids.  Paul’s sister still runs a Cajun restaurant in Opelousas carrying on the family cooking tradition.

Chef Paul went onto writing a number of cookbooks and created his special brand of spices that are now sold worldwide.  His name and Cajun culinary traditions have been carried on for years after his death at K Paul’s Kitchen restaurant in the French Quarter.  But now it has closed for good.

The larger than life and always smiling chef will be a part of Louisiana’s cooking lore for many years to come.  Many Prudhomme fans like me will miss his restaurant, his cooking, and of course the big guy himself. Hats off to a special Louisianan, Chef Paul.