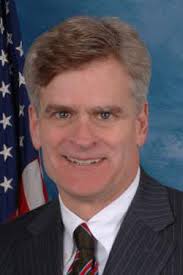 Long before he took an oath of office to serve first in the Louisiana Legislature and later in the U.S. Senate, Bill Cassidy took the Hippocratic Oath.

But one would never know that from the abomination called the Cassidy-Graham Bill that, if passed would replace the Affordable Care Act, more commonly known as Obamacare.

This is not a defense of Obamacare. I know little about the ACA other than (a) it has provided health care for millions, including about 400,000 in Louisiana who otherwise would have no health care insurance, and (b) it’s far from perfect.

From what little I know about it, a single-pay plan seems to be the best alternative—if there must be an alternative plan for one that could probably be rescued with a little bipartisanship and a common-sense approach to correcting and improving existing problems. (I know, bipartisanship and cooperation in politics have gone the way of the telephone booth and Life magazine.)

Do you favor Graham Cassidy legislation? Discuss it below

That said, it’s pretty obvious that the Republicans in Congress are far less interested in the welfare of poor Americans, particularly those with pre-existing conditions, than they are in beating down anything with the Obama name attached to it.

And that’s the issue in a nutshell: Obama. They couldn’t get him on his citizenship or his religion, so they (with apologies to Fed-Ex) “absolutely, positively” have to erase all evidence that he ever existed. In a Congress hopelessly gridlocked on everything, it’s the one issue on which most Republicans are fixated: Get rid of Obamacare if we don’t do anything else—and we probably won’t (do anything else, that is).

Cassidy and Sen. Lindsey Graham (R-S.C.) are just the latest to attach their names to that list of Republicans who would defeat Obamacare at all costs, no matter the consequences to millions of working poor Americans.

That said, their latest attempt at tearing down Obamacare would leave those with pre-existing conditions the most vulnerable. Both senators claim that no one would lose coverage under the latest plot against Obamacare disguised as an alternative, but in reality, their premiums would be unaffordable.

Scott Adams, creator of the popular Dilbert comic strip read daily in hundreds of newspapers, has his own take on Cassidy-Graham, which would transfer responsibility to the states.

“The responsible approach,” Adams says, “would be to test some healthcare ideas in a few states or counties and then work with what we learned. A wholesale change such as transferring responsibility to the states is reckless and, in my opinion, unethical. The unethical part is that moving funding to the states is little more than a political trick to protect Republicans in the 2018 elections. It has nothing to do with helping citizens.

“…I am forgiving of politicians who intentionally exaggerate and ignore facts, so long as their intentions appear to be directed at the greater good. But shifting money for healthcare to the states is for the benefit of Congress, not the greater good.

“My bottom line is that I can support a government plan that involves testing small before going big. But going big on an untested idea is not leadership. It is just bad management, or worse.”

Isn’t it interesting that a cartoonist would have such a firm grasp on the obvious when our elected officials can’t seem to come to grips with reality? But then it was a cartoonist (Thomas Nast) who helped bring down New York City’s William M. “Boss” Tweed.

The issue long ago ceased to be about health care: it’s all about Obama, plain and simple. Nothing else. And whether you like him or not, that should not be the focus—but sadly, it has become an obsession with Republicans, particularly those who identify with two of the most divisive Americans of the 20th century—Donald Trump and Rush Limbaugh, with honorable mention to Ted Cruz, Paul Ryan, Mitch McConnell and a few others.

It has reached the point that Republicans in Congress are crawling over each other to be the one who can make the claim in his re-election campaign that he was the one who delivered us up from the evils of Obamacare.

And that’s a damn poor excuse to embark on a crusade of destruction.

Cassidy, in taking the HIPPOCRATIC OATH, swore, among other things, to the best of ability and judgment to:

There is another PRINCIPLE taught in health care providing classes that often is mistakenly thought to be part of the Hippocratic Oath but in fact, is not.

It is the Latin phrase primum non nocere.

Translated, it says, “First do no harm.”

The point of “first do no harm” is that, in certain situations, it may well be better to do nothing rather than intervening and potentially causing more harm than good.

Dr. Cassidy appears to have forgotten a lot that he learned.

Or perhaps he was just absent on those days as he was on those occasions when he billed LSU for teaching classes while in he was in Washington.