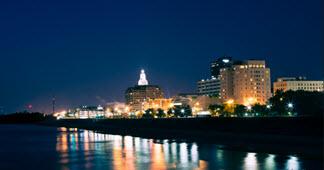 Here are the press releases:

The Baton Rouge Area Chamber (BRAC) today opened its 2018 economic outlook survey and invited business and community leaders from the Capital Region to complete it. Responses will be compiled in BRAC’s 2018 Economic Outlook, a decision-making tool for businesses throughout the nine-parish region. The survey will remain open through Friday, November 10, at brac.org/economicsurvey.

"We rely on the input of business owners and leaders in compiling this tool," said Adam Knapp, BRAC’s president and CEO. "Through the survey responses, we receive first-hand input on key indicators that together illustrate the direction of the regional economy. More responses mean we will be able to better plan and prepare, and so will regional businesses."

BRAC’s Economic Competitiveness team began producing the annual Economic Outlook in 2007. Since its inception, the report has become the market standard for annual regional economic data. The 2018 Economic Outlook will be delivered on Wednesday, December 6, 2017, at BRAC's Regional Stakeholders' Breakfast, and will be available on brac.org.

New Orleans has been named "#2 Favorite City in America" in Travel + Leisure’s 2017 survey of locals about their home towns.  The “America’s Favorite Places” report asks readers to report on “the place they grew up or have lived in and know better than anywhere else on Earth.”  In T+L’s companion “World’s Best Awards,’ which is based on tourists' perspectives, New Orleans was named #4 in America.

"There is no other city like New Orleans. So much history. A beautiful city. The people know how to make visitors feel welcomed, said one T+L survey respondent, while another described its “color, incredible food, and famous festivals." This year, NOLA took the top spot for festivals, and dining & drinking, amongst other categories.

The Top 20 Favorite Cities in America are:

You can read more here.

While the news story that Louisiana Governor John Bel Edwards going to Harvard University to discuss Homeland Security is not necessarily a business story, the truth is, Homeland Security is indeed big business for every state.  The contracts awarded to protect the nation and individuals states are in the billions.  National disasters and man-made disasters likewise as we know involves billions for protection and to deal with the aftermath.  Here is the press release from the Governor's office:

Louisiana Governor John Bel Edwards will travel to Harvard University to speak with the Institute of Politics at the John F. Kennedy School of Government.  Gov. Edwards will speak with students about his pathway to public service.  In the afternoon, he will deliver a lecture on “A Governor’s Perspective on Homeland Security” to a class led by former U.S. Assistant Secretary of Homeland Security and member of the Council on Foreign Relations, Juliette Kayyem.  The class focuses on the challenges of homeland security policy in an age of unknown threats, the balance of minimizing risks, maximizing defenses and maintaining who we are as a nation and community.  The governor will reflect on his time at West Point, his military service, and how those experiences prepared him to serve as governor during times of crisis, particularly during the state’s response to last year’s floods, the shootings in Baton Rouge, and the most recent hurricanes.

“Louisiana has had its fair share of challenges, and we’ve had to lean on the Department of Homeland Security more than we would like, but we’ve also learned a lot,” said Gov. Edwards.  “I’m looking forward to sharing what Louisiana has learned with the students studying homeland security issues at Harvard.  The nation looks to Louisiana for guidance in this arena, and I’m glad we can share our experiences.”

Gov. Edwards will return to Louisiana on Tuesday, Oct. 24.