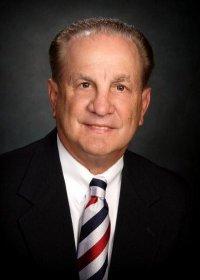 According to Bernie Pinsonat, President of SMOR, Louisiana is polarized, with Louisiana voters, based upon the party and political affiliations, race--are divided over the "state of the state" and the US future, Trump’s job ratings and more.

SMOR polled other issues such as the popularity of House Whip Steve Scalise, renewing sales taxes, the Affordable Care Act and more.

Below is a verbatim account of the first part of the survey. Here is the link to the entire press release.

A polarized electorate - It s all about the internals

By looking only at the top lines, one cannot sense what is happening politically in Louisiana. The state's electorate is divided based on party affiliation and race. At the extremes are Republicans and black Democrats. Within these two bookend groups are white Democrats and the group of "no party/other partiers" (aka "independents") which eschew both the Democratic and Republican parties. Voters' outlook, position on issues, and perception of elected officials' job performance is closely influenced by their electorate "group" affiliation.

Louisiana - headed in the right or wrong direction?

United States - headed in the right or wrong direction?

Love him or hate him, most every voter has an opinion about President Donald Trump and most of those opinions are highly polarized. On a four level scale (excellent, good, not so good or poor), President Donald Trump received the highest "excellent' job rating (24%) and the highest "poor" job rating (36%) of the elected officials tested in the poll; he also received the lowest negative job rating. Trump's positive job ratings are almost exclusively from white voters, with only 7% of black voters giving him a positive rating which is down from 16% in May. Eighty- eight percent (88%) of Republican voters rate his job performance as positive. Eighty-nine percent (89%) of black voter's rate Trump's job performance as negative.

Congressman Steve Scalise receives a 55% positive job approval and 30% negative rating from Louisiana voters. Congressman Scalise is a high-profile player in national Republican party politics is now being mentioned as a possible candidate for governor in 2019.

Renewing the penny sales tax in 2018

More in this category: « Congressman Graves discusses the "Louisiana Gold Mine" riches, challenges If Louisiana privatized some roads, bridges we'd be rolling in the dough? »
back to top