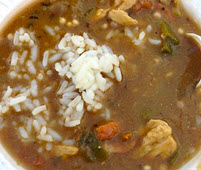 If you seek a job and a healthy lifestyle environment, New Orleans and Baton Rouge might not be the place for you.

In a new data study for the New Year, New Orleans and Baton Rouge, two Louisiana cities who are known for their Fat Tuesday's, and rich foods might need to do a lot more pumping.

WalletHub compared the 100 biggest U.S. cities based on 34 key indicators of an active lifestyle. It's data set ranges from average monthly fitness-club fee to bike score to share of physically inactive adults.

Leading the pack for its active lifestyle are Chicago followed by Portland Oregon and San Francisco California.

In separate Wallet Hub study, job seekers in New Orleans and Shreveport  Louisiana might get plenty exercise as they pound the pavement. New Orleans was listed 6th from the bottom, Shreveport, dead last. Baton Rouge, hit the 101st spot. By comparison, Chandler, Scottsdale, Peoria and Gilbert Arizona made the top five cities for job seekers.

More in this category: « If Louisiana privatized some roads, bridges we'd be rolling in the dough? LSU academics going down the river, Kiplinger rates it 270th in nation »
back to top