A Louisiana cry for life and call for death 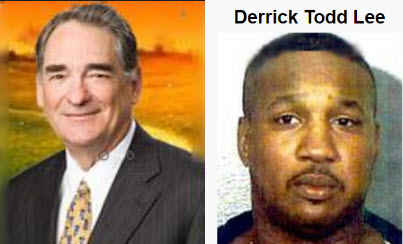 Fourteen years ago this week, Derrick Todd Lee received the death penalty in Louisiana. He was the state’s most notorious and prolific serial killer. I was there in the courtroom when the verdict was handed down.

It was a cool Tuesday evening, and I was leaving a reception for former congressman Billy Tauzin at the Old State capital in downtown Baton Rouge. Billy and I had fought many battles together when we both served in the Louisiana legislature back in the 1970s.  He had fought and won a separate confrontation with cancer, and a number of Billy’s friends all turned out to celebrate a full life he had led.

I headed to my parked car about a block away across the street from the East Baton Rouge Courthouse.  It was 8 o’clock in the evening, and as I approach my car, I could see numerous television lights and a large crowd on the front steps of the courthouse.

“What’s going on?” I ask one of the reporters I knew. “The jury’s still deliberating whether Derrick Todd Lee lives or dies,” he told me. “Will they come up with the verdict tonight?” I asked. “It’s getting late.” He nodded and said: “That’s what we hear. They’re supposed to push on till they make a decision. They’ll want to go home,” he answered.

I walked into the courthouse and took the elevator up to the sixth floor to the courtroom of the presiding judge, Richard Anderson. Sheriff’s deputies were everywhere and security was tight. I went through the metal detector and walked into a packed courtroom.

Col. Greg Phares was in charge of the numerous deputies surrounding the walls in the courtroom. Angola prison warden Burl Cain and I talked for a while. “Whatever happens, I’ve got a full night ahead of me. He will go to Angola tonight for the rest of his life, however long that is,” the warden mused.

About then, the bailiff quieted the courtroom and the jury filed in. The process was short. A signed verdict sent to the clerk, who read out the decision.  Derrick Todd Lee should be put to death. Then tears and sobs from the victims’ families, from Lee’s relatives, even the district attorney’s wife wiped away a few tears now that the ordeal was over.

So should Derrick Todd Lee die? There was an overwhelming community feeling that, yes, he should.  The guy is charged with killing seven women. And there may be more. If you were looking for the right poster face for the death penalty, you can’t do better than Lee.

Putting aside the arguments for opposing the taking of anyone’s life, what possible reason would there be not to execute him? One is money. It costs on average 4 to 5 times more to invoke capital punishment than it does to put him away for life. The costs of appeal, including attorney’s fees that are almost always paid by the state, often run several million dollars. It’s much cheaper to stick him in a cell and spend a few dollars a day to feed him.

And you can make a pretty good argument that if you want to put someone through hell, stick them in a maximum-security prison where he will either be brutalized by the prison population, or confined in solitary where he lives almost like an animal in total boredom. Some would argue this punishment is worse than the death penalty.

But we demand an eye for an eye. Oh, it may take a decade or more. But the odds were, that one day Lee would die. John McKeithen, Edwin Edwards and Buddy Romer each told me the toughest decision they ever faced as governor was whether to let a condemned man die. It was the first decision Roemer had to make the day he was sworn in. But they always let it happen.

Two different people that night at two different events. One a celebration of a full and continuing life. The other, just a block away, a decision to take away a life.

The challenge, of course, is to live a life of dignity. To see your own existence as a heightened example of universal experience – a life that is fulfilling in a way that is somehow larger-than-life. On that night fourteen years ago, it was obvious that one succeeded and one failed.

More in this category: « Major opening of I-49 in Louisiana, Governor Edwards, leaders celebrate The Rise and Fall of David Duke; Tyler Bridges discusses new book »
back to top