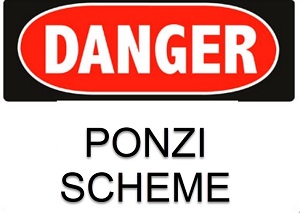 It’s been more than ten years since the Stanford Group was shut down, having bilked over 1000 Louisiana investors out of their life’s savings.  Lawsuits have been filed against the Securities and Exchange Commission for not providing proper regulatory oversight.  But a strong case can be made that there is major culpability on the part of a state agency, the Office of Financial Institutions.  And we are talking about Louisiana taxpayers being potentially hit with a bill that could approach $800 million.

Here is the question.  Did Louisiana regulators allow the Stanford Group to set up a dubious, one-of-a-kind trust to handle vast investments, but then never bothered to properly monitor just what was being done with the money and whether Stanford were playing by the rules?

Everyone has heard of a “Bank and Trust”.  Well there are also provisions under Louisiana law to form just a “Trust,” with no bank involved.  And the law is quite specific as to what a Trust can and cannot do.  Here is the exact wording: “A trust company does not have the power to solicit, receive, or accept money or its equivalent on deposit, or lend money, except in transactions reasonably related to and derived from its service as fiduciary.”  Not one word there about selling questionable CDs from Latin American banks as Stanford did.

So does the Louisiana Office of Financial Institutions have legal exposure?   Questions are being raised that it is not an issue of doing too little or making the wrong decision on the part of OFI. The knock is that they stood aside and did nothing to protect Stanford investors.

A number of brokers from competing investment firms in Baton Rouge bemoan the fact that they have been hearing about the “too good to be true” scenario at Stanford for a years.  As one broker told me: “We always felt there was something fishy going on over at Stanford.  Their investment returns were just too good.  Something just wasn’t kosher.  And where was OFI all this time?  The state had the authority to stop the selling of these bogus CDs but did nothing.”

Baton Rouge Attorney Phil Preis, who represents a number of Stanford investors, believes there is liability of the part of OFI.  “I think there definitely is an immunity problem for OFI.  The state (OFI) should have stepped in and firmly regulated just what Stanford was doing.   OFI could have made a bad decision and not be liable.  But they made no decision at all, and apparently OFI just left Stanford alone allowing them to carry on their fraud.  That’s where their exposure comes in.”

So how much exposure does OFI, the state, and Louisiana taxpayers have?  There is a statutory limit of $500,000 per claim.  News reports have placed the number of Stanford investors defrauded in Louisiana as high as 1700.  Just do the math.  The state could be on the hook for as much as $850 million.  And that’s just for Louisiana residents.  Stanford brokers solicited investors from surrounding states out of Louisiana offices.  So the figure could go much higher.

As the legal wrangling continues, there are a number of questions that need to be answered.  Did the Stanford Group receive unprecedented help from the state of Louisiana?  Was Stanford allowed to move vast amounts of money from Louisiana investors offshore – without reporting to OFI?  If OFI was conducting audits required by state law, why did they allow the continuing sale of the questionable CDs?

Right now, creditors and investors in Louisiana are at the mercy of a federal liquidator.  But there is no exclusive federal jurisdiction when it comes to a Louisiana Trust.  The state has every right to assert claims on behalf of its own citizens.  It should be OFI’s and the state of Louisiana’s obligation to go to bat for these folks just as the Insurance Department does when an insurance company is shut down.

The whole Stanford mess will take years to sort out, while many Louisiana families are at the financial mercy of those in charge of recovering what assets may still be available.  But an underlining question that needs to be posed by the Louisiana Attorney General is simply this:  Why was Alan Stanford and his cohorts allowed to flourish while life savings vanished and Louisiana state regulators slept?

More in this category: « Louisiana political status quo will pay for The Advocate's new wall They're still trying to wash Louisiana away as floods reign supreme »
back to top