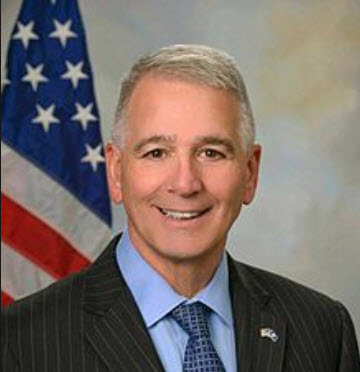 Governor Edwards unleashed his GumboPAC and the La. State Democratic Party as they stooped to a new low yesterday by blasting out fundraising press releases and blitzing social media with baseless attacks on Congressman Ralph Abraham. Ralph, along with the entire La. delegation, intended to stay in Washington after Senate Democrats shut down the government. On Friday, however, Ralph’s father in law died unexpectedly, requiring him to return home to Louisiana late Friday evening to be with his wife and family.

With the funeral scheduled for Sunday morning, Ralph kept his obligation to give a congressional update to the crowd of more than 300 on Saturday evening, which had been organized to honor Majority Whip Steve Scalise.

Following his father-in-Law’s funeral Sunday morning, Ralph immediately returned to Washington and was on hand to once again vote to reopen the government.

These attacks via social media lacked tact, but the even greater offense occurred when the Democratic Party sent out fundraising press releases attacking Congressman Abraham for not staying in Washington for procedural votes, even though a death in his family had been brought to their attention.

While the Congressman has not made an official announcement as to whether he intends to run for Governor in 2019, it’s clear Governor Edwards and the La. Democrats are beginning to get a little nervous at the idea of being challenged by the resume of someone like “Doc” Abraham.

The record is clear. Congressman Abraham actually had the highest attendance record in the entire Louisiana delegation during the 114th Congress, and he canceled a fundraiser scheduled this past Monday so he could return to Washington and again vote to end the government shutdown.

Even more shocking than the callous and offensive nature of the attack by Louisiana Democrats is the hypocrisy of Governor "Honor Code" Edwards, who saw no problem attending fundraisers in Washington D.C. while thousands of flood victims in Baton Rouge remained homeless.

Chairman Roger Villere thinks that the Governor and his Louisiana Democratic Party would be better served by focusing on reducing the highest sales tax burden in the country, cutting more of the fat in Baton Rouge, and reversing the practice of early releasing thousands of criminals just to free up money for his pet projects.

There are two types of public officials in Louisiana.

Yesterday, Governor John Bel Edwards presented his budget proposal for the 2018 fiscal year. Since he was elected in 2015, Gov. Edwards has been fighting to balance our budget, keep the costs off the middle class, and promote growth and opportunity for every citizen of Louisiana.

On Saturday, Congressman Ralph Abraham attended a GOP fundraiser hours after the federal government shutdown on Friday. During this time, Abraham missed at least six different votes. Instead of working to find a solution for over 100,000 Louisiana children who rely on CHIP and military families going without pay, Abraham profited at the “Elephant Gala,” with ticket prices ranging from $250 to $10,000, making clear that he cares more about big GOP donors than doing his job representing the people of Louisiana.

This is why we NEED YOUR HELP to elect more Democrats who will FIGHT FOR YOU!

We need your support as we give Louisiana Democratic candidates the best tools and resources available so they can win elections and start fighting for all of us! With your help, we can elect the men and women who will help keep a balanced budget, avoid government shutdowns, and protect funding for things that matter like TOPS and healthcare. But it all starts here.

A donation of $25 can make a HUGE difference in the mission to get more Democrats into public office. We deserve the best and with your help, we can get it!