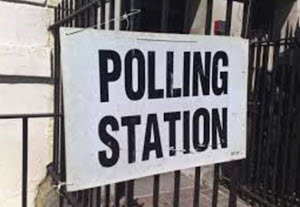 According to Pollster and political analyst John M. Couvillon of JMC Polling and Analytics, early voting in America and yes, in Louisiana, has been a smash hit.

In this state, the early voting, (mail and in person) broke all prior records for non-presidential races. It did surpass the 2008 Obama-McCain presidential count. What makes this remarkable is the very fact that the top of the ticket is just a Secretary of State race, not a US Senate conflict or Governor’s race.

JMC Analytics noted that the likely conservative vote dominated the first days of the early vote with the more liberal vote making a greater impact later in the period.

What it also means is that based upon the history of this pattern, it is critical for candidates to respect the early voting phenomena in the “get-out-the-vote” campaigns.

Here is the link to the complete analysis and below are some of the nuggets from the JMC analysis:

In other words, just as conservatives were energized by external events (Kavanaugh hearings and reports of robust early voting across the country), local reports of high early voting turnout were played up in the news media, and arguably put the election on the Democrats’ radar as well.

Why does early voting matter? When the Legislature essentially established “no fault” early voting more than a decade ago, you now have a noticeable (and increasing) constituency of people who prefer the convenience of early voting, and this constituency has for six times in a row (the 2015 primary, 2015 runoff, 2016 Presidential elections, December 2016 runoff, October 2017 primary, and November 2017 runoff) exceeded 20%. Politicians and political consultants would be foolish to ignore this many “up front” voters, especially in a closely contested race. Also, too, early voting numbers are the first ones that are typically reported after polls have closed at 8 PM.

link to the complete analysis

More in this category: « Pollster Couvillon discusses U.S. and Louisiana early voting numbers Here's how Louisiana can more people to vote in our elections »
back to top