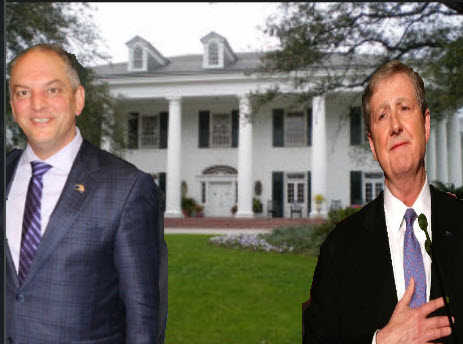 Not polled, however, is Congressman Ralph Abraham, who from all indications, will be a Republican to run against Edwards, a Democrat. It is uncertain however if Abraham will run should Kennedy do so but if he were to do so, he could pull support away from Kennedy.

Kennedy’s popularity appears to have been bolstered by his support of President Donald Trump who is still immensely popular in Louisiana. Kennedy’s poll numbers have improved by ten percent compared to 51% from November 2017. Trump’s positive rating has skyrocketed to 55% which is roughly 17 points better compared to the most recent Gallup Poll which presented Trump at 38% nationally.

John Bel Edwards still is very popular in Louisiana. His own favorables are at 60% although in a one on one match against Kennedy the Senator 's 61% vs. Edwards 60% lead drops to the 49-45 percent advantage.

Below is the polling summary written by Pinsonat.  To obtain the cross-tabs, contact steve at bayoubuzz.com

U S Senator John Kennedy- job rating
Most politicos are anxiously awaiting Senator John Kennedy to announce his yea or nay decision on running for governor. Whether Kennedy runs or not, 2018 has been a very good year for his political fortunes. Senator John Kennedy makes the biggest popularity gain in survey as he jumps from a 51% positive job rating last November to now 61%. Kennedy strengthened his excellent job approval ratings with all voters to 24%. His excellent job ratings with white voters are now 34% and good 42% for a positive job rating of 76%. His negative job rating was 30% with all voters. Should Kennedy decide to run for governor, his popularity and Louisiana’s strong tilt towards electing republicans – as of today, he could be considered the favorite.

Kyle Ardoin leads Gwen Collins-Greenup 43% to 40% with 17% undecided
Current Secretary of State Kyle Ardoin holds a slim lead over his opponent 43% to 40%.
Neither candidates are household names with Louisiana voters as 17% of white voters and 13% of black voter remain undecided. Most of their respective voters are choosing them based on party affiliation. Ardoin ability to finance television ads across Louisiana should help him with undecided whites. This survey does not reflect the advantage republican candidates usually have over democrats: white voter turnout is normally 5% plus higher than black voters. Which should provide Ardoin enough advantage to win.

ONLY 6% OF LOUISIANA VOTERS ARE UNDECIDED
Current U S Senator John Kennedy has not announced his decision on running for governor, but Louisiana voters have him leading incumbent governor John Bel Edwards 49% to 45% with only 6% undecided. Kennedy obviously offers republicans an opportunity to reclaim the governor’s office which they squandered away three years ago. Governor Edwards receives only 26% of the white vote, unless Edwards improves to mid thirties and has a decent turn out of his base (black voters) his chances of reelection would be in jeopardy. If Kennedy decides to run, he starts with 67% of white voters which is a high percentage before his campaign begin.
Governor Edwards, a democrat (decent popularity) already trails John Kennedy, who has not announced his decision re run or not. Kennedy is popular, but his party affiliation is also a big plus. White voters for the last twelve years en masse quit voting to elect democrats. Candidate qualifications or accomplishments mean virtually nothing – whites overwhelmingly vote for the republican when the other choice is a democrat. Whether in congress, statewide or the Louisiana Legislature white democrats now qualify for the endangered species list. Governor Edwards is of course the exception for now. His three republican opponents in 2015 managed to destroy each other allowing Edwards to walk into governor’s mansion virtually unscathed. Based on the party affiliation most republican candidates have a sizeable numerical advantage over any democrat. Yet republican are certainly capable of reelecting Edwards to a second term.

This statewide poll was developed and conducted by Bernie R Pinsonat, Inc. The project was funded by private subscribers.

Interviews for this statewide poll were completed by telephone with 500 Louisiana chronic voters from November 16 through November 21, 2018. Thirty Percent of calls were cell.

The overall margin of error for the statewide statistics obtained from the survey data is not greater than plus or minus 4.4 percentage points at the 95% level of confidence. In other words, there is a 95% certainty that the statistics presented from the results obtained on this survey of 500 chronic voters statewide will not be more than 4.4 percentage points above or below the figure that would be obtained if all of the chronic voters in the state would have been interviewed.

The sample error may be larger for subgroup responses based on attitudinal, demographic and geographic variables such as area, age, etc. There are other sources of potential error which cannot be calculated including question wording and order of question presentation.

A statistical weighting procedure was employed to normalize the sample to the chronic voter population based on voter race category. White, black and other. W63%- B31% Other 5%

More in this category: « Crouere: John Kennedy will be Louisiana's next governor, if he runs John Kennedy "all mouth but no feat"? Louisiana governor run stab launches »
back to top