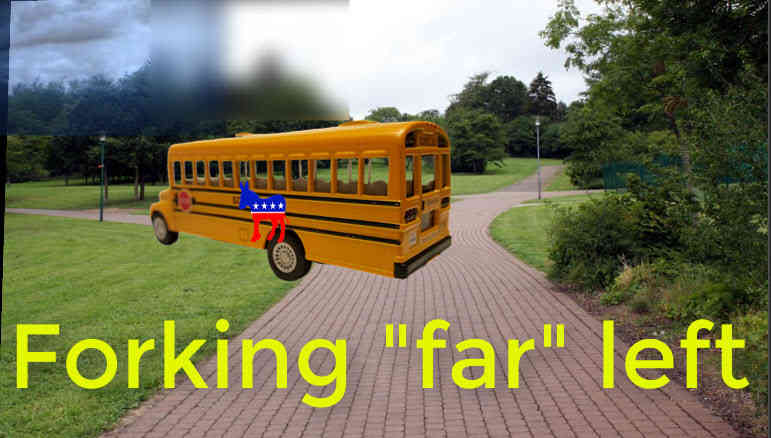 Jefferson was the driving force in negotiating the Louisiana Purchase from Napoleon in 1803. Simply put, without Jefferson’s vision and tenacity in seeking the vast territory west of the Mississippi River, Louisiana would not be a state today.  Andrew Jackson was our countries’ seventh president, and what he did for Louisiana was incredible. In the war of 1812, New Orleans was under siege by the British. Major General Andrew Jackson rushed to New Orleans and gathered a rag tag army made up of a motley group of local citizens, frontiersmen, slaves, Indians and even pirates, and soundly defeated the British.

But today, Jefferson and Jackson are persona non grata.  Louisiana Party officials have decided it is no longer “politically correct” to honor these two American icons. You see, they were slave owners. It made no difference that the first seven American presidents also owned slaves, as did most of the nation’s founding fathers. The democratic leadership apparently wants to judge these past heroes based on present-day values, and continue a warped effort to re write Louisiana and American history.

The new dinner name is the “True Blue Gala.” I suppose we will see a resolution at a future dinner calling for the re-naming of Jefferson and Jackson parishes, Thomas Jefferson High School in Gretna, the town of Jackson, La., Jefferson Island in Iberia Parish; the list goes on and on.

Up until about 15 years ago, party labels were irrelevant in the bayou state. Democrats and republicans in the legislature worked well together irrespective of party affiliation.  When I held two statewide offices and worked with legislators to pass important legislation, I would have been hard-pressed to distinguish who was in what party. It’s a lot different today.

Many of the democratic presidential candidates, during the first debate, advocated proposals that are pushing the Democratic Party far out of the mainstream.  There is little national support for the return of forced busing, slave reparations and a single payer healthcare program. Yet these issues are in the forefront of the current democratic presidential debate.

In Louisiana, forced busing back in the 70s tore local communities apart, and was a judicially imposed requirement by federal judge John Parker of Baton Rouge. A large majority of white and black families were appalled at the thought of busing their small child an hour away or more to a different school.

There is virtually no support from moderate democrats on being taxed to make reparations for an event that happened 160 years ago, particularly when many of those who would be taxed come from families who were not even living in this country at the time.  Give up your current healthcare insurance for a one payer system? No way say moderate democrats in poll after poll that is taken.

What we are watching is that democrats on both the state and national levels are embracing losing issues and ceding the political center to republicans.  Pandering to the extremes may get a candidate or a political party a slight bump in the early polls. But democrats seem to have a fatal inability to set an agenda that makes common sense to most Americans.

Embracing a host of losing issues, including wiping out the memory of Jefferson and Jackson, and bring backing forced busing are not the way to win at the state or national level.  Right now, republicans are high fiving. And for good reason.