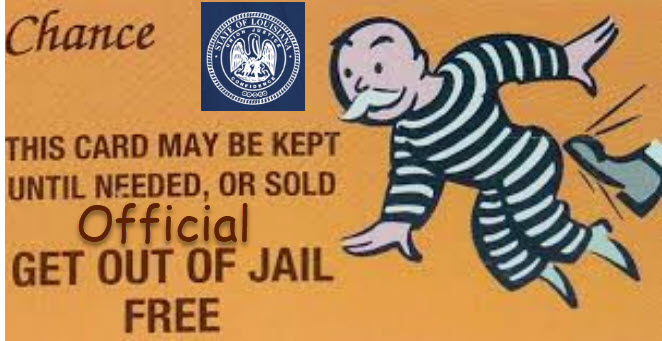 Last Tuesday, Leonard Preston, a criminal with a long history of offenses, terrorized a woman inside her own home in the Lower Garden District. Preston committed a home invasion in the 1200 block of St. Andrew Street.

Fortunately, she was not killed, but as he rifled through her belongings, Preston traumatized the frightened homeowner. The next day he was arrested as police discovered the victim’s stolen cell phone in Preston’s possession.

Currently, Preston is behind bars after being arrested for aggravated burglary. Last Tuesday, he should have never been on the streets of New Orleans terrorizing anyone. Preston was convicted of first-degree robbery in 1997 and sentenced to life in prison under the “three strikes” law. Instead of remaining in prison, it was discovered that Preston was granted a release from prison by the Parole Board in January of last year.

In the aftermath of the arrest, New Orleans District Attorney Leon Cannizzaro’s office tweeted, “Over our opposition, the governor commuted his sentence and the state parole board set him free.” However, Governor John Bel Edwards did not commute the sentence, so the District Attorney’s office deleted the tweet and apologized. Preston was released due to the passage of a 2016 law that expanded parole eligibility.

In a statement, the Governor’s Communications Director Shauna Sanford blasted the District Attorney, claiming that Edwards “was not involved in Leonard Preston’s case.” She also blamed the DA for not researching the case and “irresponsibly putting out inaccurate information.”

Not surprisingly, the liberal local media jumped on the story and criticized the District Attorney for the erroneous tweet. In fact, the tweet was partially correct for the Governor is totally responsible for Preston and thousands of other offenders being released from prison.

The Parole Board, which made the horrific decision to release Preston, was appointed by Governor Edwards.  Thus, he is ultimately responsible for their decisions.

In 2016, the legislature passed the bill expanding parole eligibility and it was signed into law by Governor Edwards. Without the Governor’s support, the bill would have never had a chance of passage in the legislature. In fact, the Governor held a big signing ceremony to celebrate the enactment of the law.

The following year, Edwards rammed through a major package of “criminal justice reform” laws that led to the release of thousands of additional prisoners. According to law enforcement authorities, approximately 30% of these released offenders have returned to criminal behavior. Sadly, six have committed the ultimate crime, murder.

In our state today, thanks to John Bel Edwards, there are thousands of criminals like Leonard Preston who are freely roaming the streets of our state. Hopefully, some will be rehabilitated and not return to crime, but many others will prey on innocent people.

The criminal justice reform issue should be emphasized by the challengers running against Governor Edwards in the upcoming election. Releasing criminals may impress liberals in statewide media outlets, but it will not impress the voters. This will be especially true after voters learn that many of the released inmates, like Leonard Preston, have returned to the type of behavior they know best, committing crime.