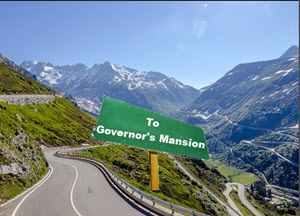 In the Louisiana Governor’s race, there has been only one frontrunner from the beginning of the campaign, the incumbent John Bel Edwards. The latest polls show Edwards extremely close to the 50% threshold he will need to avoid a run-off.

Even though he has been outspent by a factor of 6-1 by his GOP opponent, Congressman Abraham is still edging Rispone, 22-20%, according to a poll released by the Remington Research Group. The survey concluded September 25 with 489 likely voters participating and a margin of error at 4.6%.

The poll also indicated that the support level for Edwards is at 47% with 8% undecided.  Thus, the Rispone attacks against Abraham have hurt the Congressman, but benefitted Edwards.

This type of GOP in-fighting occurred in 2015 and facilitated the election of John Bel Edwards as Governor of Louisiana. The results shocked political observers across the country because Louisiana is a conservative state and all the other statewide elected officials are Republican.

In an interview today (begins at 2:03:00) on the Ringside Politics radio show, M-F, 7-11 a.m. CT, WGSO 990-AM, www.Wgso.com, Abraham blasted the “blatant lies” in Rispone’s commercials, but vowed to take the “high road” during the rest of the campaign.

He lamented that both Edwards and Rispone have spent “millions attacking me,” but believes it is because he is the “frontrunner.” Abraham admitted it will be “tough” not to go on the attack against Rispone in the final days of the campaign but said that he “truly believes in Reagan’s 11th commandment….to talk no ill about a fellow Republican.”

The Congressman pointed to the last Louisiana Governor’s race that featured GOP candidates who “ate each other up.” Thus, John Bel Edwards was able to sit “on the sidelines” and “waltzed into the Governor’s seat.” In the end, Abraham expressed confidence that he would win, and these negative commercials are “not going to work.”

Finally, despite the attacks in recent Rispone commercials, Abraham claimed he has consistently been a strong supporter of President Trump. He dismissed the discussion of impeachment as “terrible” and “crazy.” He believes that “Democrats will shoot themselves in the foot” by taking this position regarding the President.

In the last two weeks of the campaign, Louisiana voters will see more negative commercials about Abraham from both Eddie Rispone and Gumbo PAC, which is supporting Governor Edwards. In response, Abraham says he will only focus on the Governor and not the other GOP challenger, Eddie Rispone.

This strategy is unique in our political environment today for almost all candidates who are attacked respond the same way. While GOP leaders are happy that Abraham is not following the same path as Rispone, it remains to be seen what impact it will have with the voters.