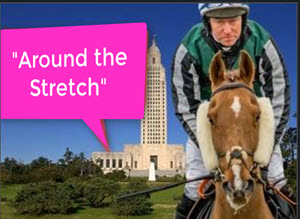 Edwards must obtain 50 percent plus one vote to retain his hold at the State Capitol 4th floor. In the primary election, Edwards received 47 percent of the vote, Rispone 27 percent. The difference between the two candidates might come down to the popular support of Trump who is expected to continue to campaign for the Republican businessman.

Here is the survey:

A survey of 722 likely Louisiana voters, with a 3.6 percent margin of error reveals a close race for Governor John Bel Edwards, and a continuing statewide opposition to impeachment of President Donald Trump, according to Dr. Edward Chervenak, former director of the University of New Orleans Survey Research Center and now in private practice at Edgewater Research.

Dr. Chervenak teamed up with the My People Vote© Campaign App Developer Tony Licciardi to conduct the poll on Monday, Oct. 28.

According to the poll, the incumbent Democratic Edwards has 50.3 percent support in the survey while his challenger Republican Eddie Rispone is at 46.6 percent, leaving 3.1 percent undecided. The survey finds that there are racial, partisan, geographical, and age category cleavages among Louisiana voters’ opinions on candidate preference.

“Because of these clear lines in the electorate, victory could depend entirely on who shows up to vote,” said Dr. Chervenak. Early voting starts Saturday, Nov. 2 for one week; Election Day is Saturday, Nov. 16.

A Louisiana statewide survey of 722 likely voters was conducted on October 28, 2019 by pollsters Dr. Edward Chervenak of Edgewater Research LLC and Tony Licciardi of My People Vote©.  Dr. Chervenak is a 20-year veteran pollster of the University of New Orleans Survey Research Center (SRC). Licciardi served as a graduate research assistant in UNO’s SRC as a doctoral student and he is the developer of the My People Vote© campaign canvassing app.

The poll gauged who likely voters preferred in the runoff for governor. It also asked respondents if they supported impeachment of the president.

A likely voter is defined in this survey as an individual who has voted at least 3 times in the last 5 statewide elections. Survey respondents were asked in an interactive voice response telephone survey (IVR)[1] who they preferred in the upcoming governor’s runoff election and what their attitude was about impeachment. The survey yields a margin of error of +/- 3.6% at a confidence level of 95%.

The contest to become governor of Louisiana is anticipated to be a very close and competitive election and the results from this poll bear that out. The incumbent Democrat John Bel Edwards leads the challenger Republican Eddie Rispone by a slim margin. The governor is just over 50 percent while Rispone is close behind him at 47 percent. The difference is well within the margin of error for the sample size. A small number of respondents, 3 percent, report they are undecided on which candidate they favor in the election. 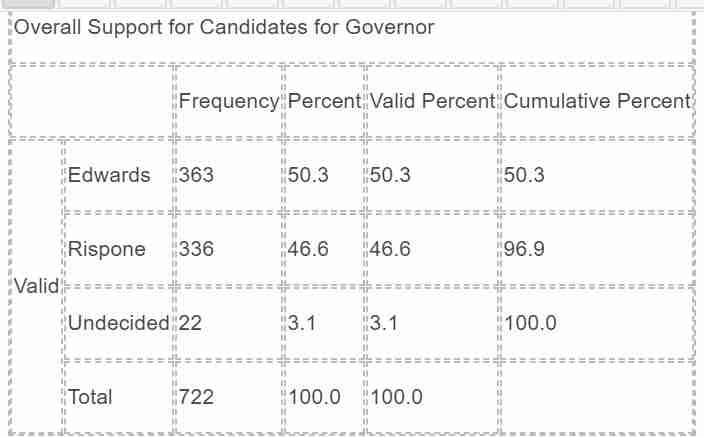 There is no gender gap in support for the two candidates. Women are just as likely as men to say they will vote for Rispone and only slightly more likely than men to favor Edwards. Males are basically split between the two candidates while females lean slightly more towards Edwards. Likely voters under the age of 50 are also more supportive of Edwards than they are of Rispone. Older voters are almost evenly divided on who they want to be governor.

As expected, Edwards fares especially well with African-American likely voters, who are typically very supportive of Democratic candidates. One noteworthy finding is the support for Edwards among white respondents who tend to favor Republican candidates. Forty percent of them say they are going to vote for the Democrat, John Bel Edwards. Two-thirds of non-black minorities replied they are in the Edwards’ camp. However, they comprise only 3 percent of the likely voter population in the state.

Partisanship shapes preferences in this election, big time. There is a high degree of partisan solidarity and loyalty being expressed for both candidates. Nearly 9-in-10 Democrats are behind Edwards and a similar number of Republicans plan on voting for Rispone. Neither candidate should expect any significant partisan crossover appeal. Edwards does appear to have the advantage with Other Party/Independents as they are more likely to say they will vote for him than for Rispone.

The survey also reveals a regional divergence in support for the two candidates. Edwards is the preferred candidate in the minority-majority second congressional district while Rispone is favored in the remaining five districts. Rispone is strongest in District Four and District Five. 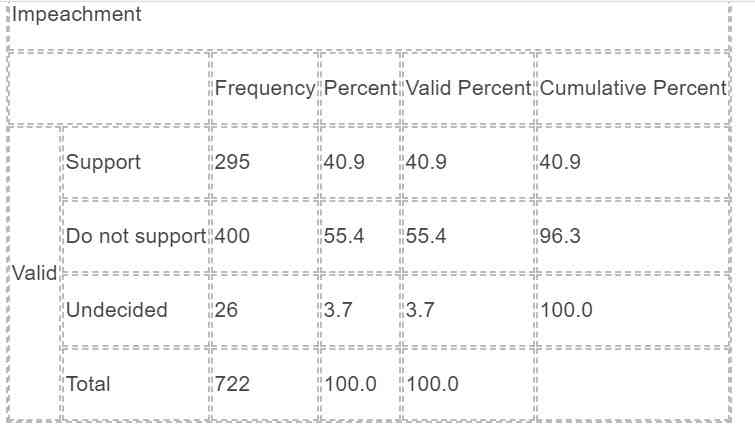 No gender gap exists on the question of impeachment. There is little to no difference between men and women either in support of or opposition to impeachment. Age, however, influences attitudes toward impeachment. Younger respondents are basically split on the issue of impeachment, but older likely voters are more likely to express opposition than to say they favor impeachment.

African-Americans and whites differ in their opinion on impeachment. As the chart illustrates, the two racial groups are diametrically opposed to one another when asked about how they feel about impeachment. Sixty percent of African-Americans are in favor of impeaching Trump compared to 64 percent of whites who are opposed to that occurring. Non-black minorities are also supportive of impeaching the president.

Partisanship most certainly colors how one views impeachment. It comes as no surprise that Republicans are overwhelming opposed to impeaching Donald Trump. Democrats, on the other hand, are largely in favor of impeachment, but they are not as united on this issue as are Republicans. One-quarter of them report that they do not support indicting the president compared to only 11 percent of Republicans who favor impeaching him.

Regionally speaking, the only area of the state that favors the impeachment process is the second congressional district, which is the most Democratic district in the state. Opposition to impeachment does not fall below 61 percent in the remaining five districts.

Finally, we examined the connection between attitudes on impeachment and support for the candidates. This is an indirect measure of the Trump effect on the election.  The bar chart clearly illustrates that effect. How one thinks about impeachment is strongly linked to support for a candidate. Those who support impeachment almost universally say they will vote for Edwards. On the flip side, those who do not favor impeachment are strongly in the Rispone camp.

- If you support impeachment of President Donald Trump press 1, if you don't, press 2.  If you don't know, press 3.

- If you think of yourself as a Democrat press 1, a Republican press 2, something else press 3.

- Thank you for taking the survey." 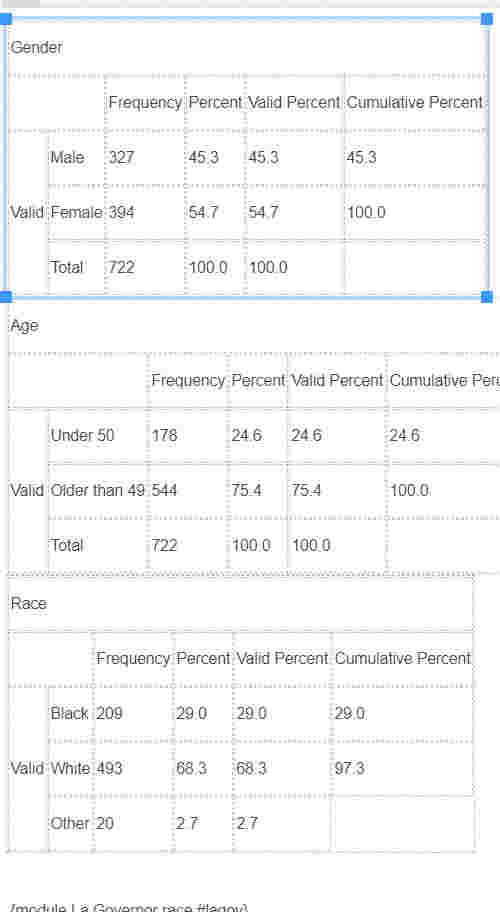